Storied Strings: The Guitar in American Art is the first exhibition to explore the instrument’s symbolism in American art from the early 19th century to the present day. Featuring 125 works of art, as well as 35 musical instruments, the exhibition demonstrates that guitars figure prominently in the visual stories Americans tell themselves about themselves—their histories, identities, and aspirations. The guitar—portable, affordable, and ubiquitous—appears in American art more than any other instrument, and this exhibition explores those depictions as well as the human ambitions, intentions, and connections facilitated by the instrument—a powerful tool and elastic emblem.

The accompanying 300-page catalogue positions the guitar within a nexus of art, music, literary, and cultural histories. After its run at the Virginia Museum of Fine Arts, Storied Strings: The Guitar in American Art will travel to Nashville where it will be on view at the  Frist Art Museum, May 26–August 13, 2023. 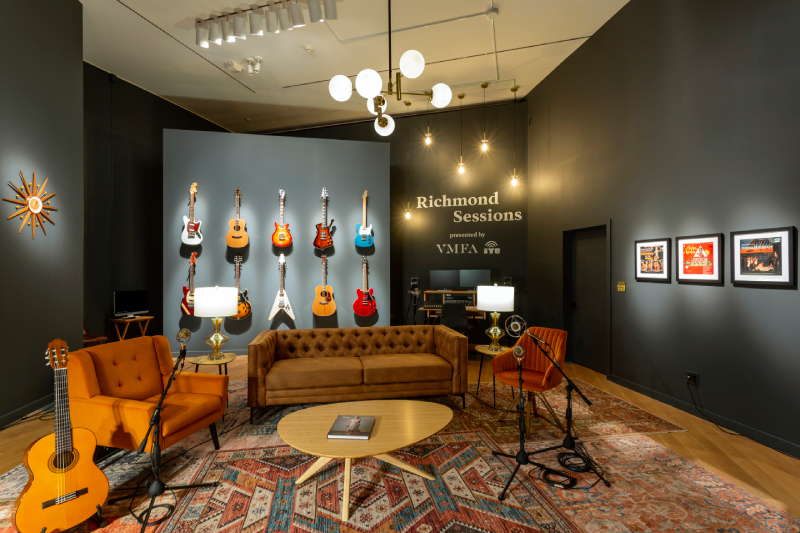 VMFA presents Richmond Sessions ’22–’23, a series of studio recordings by an eclectic roster of guitarists performing in the art exhibition Storied Strings: The Guitar in American Art. See the complete Richmond Sessions schedule of releases. 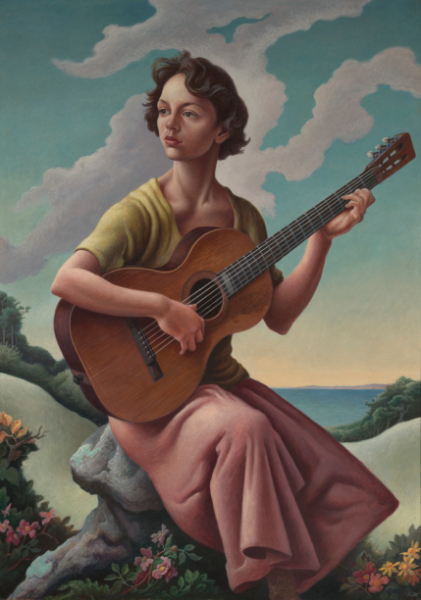 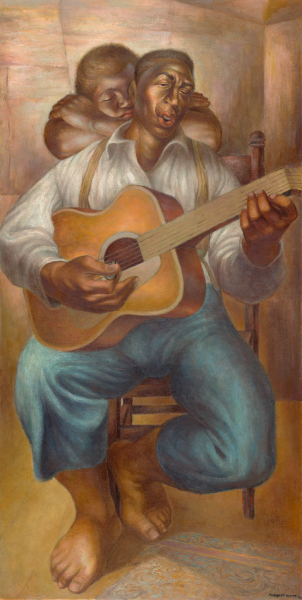 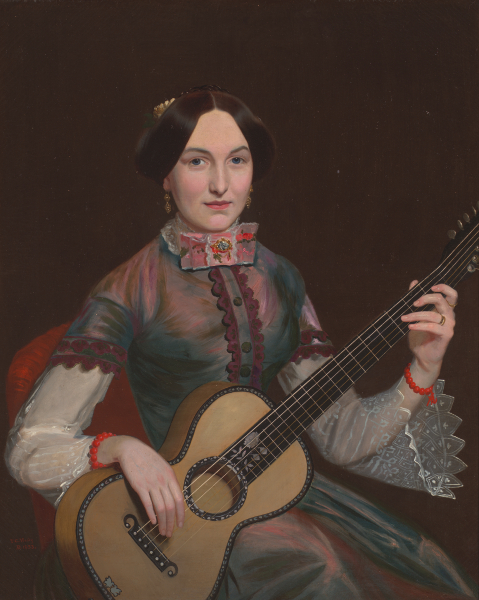 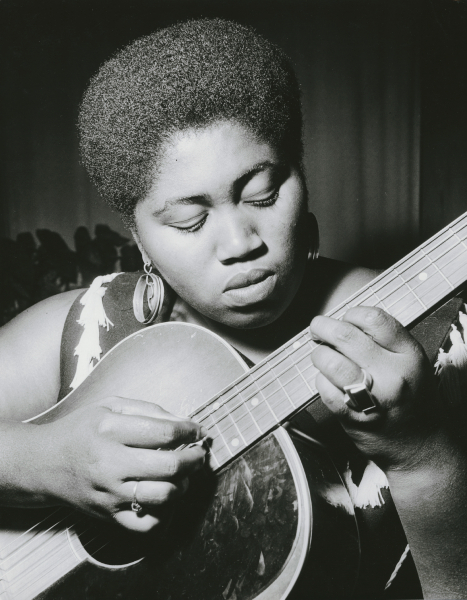 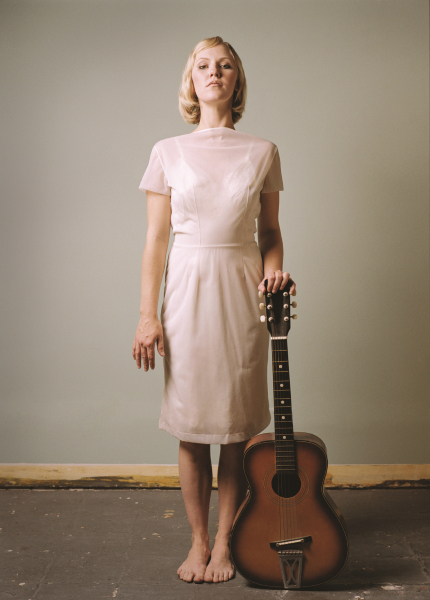 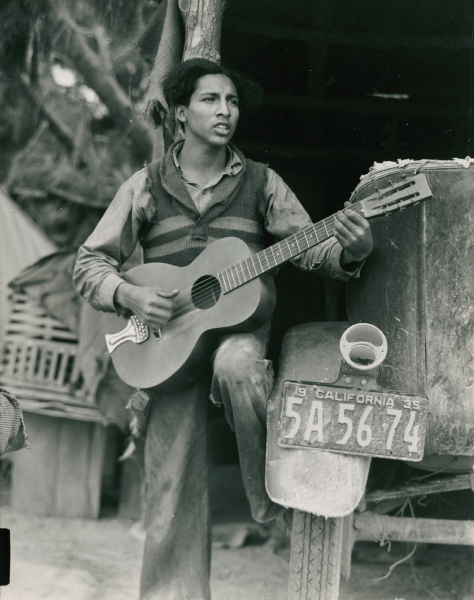 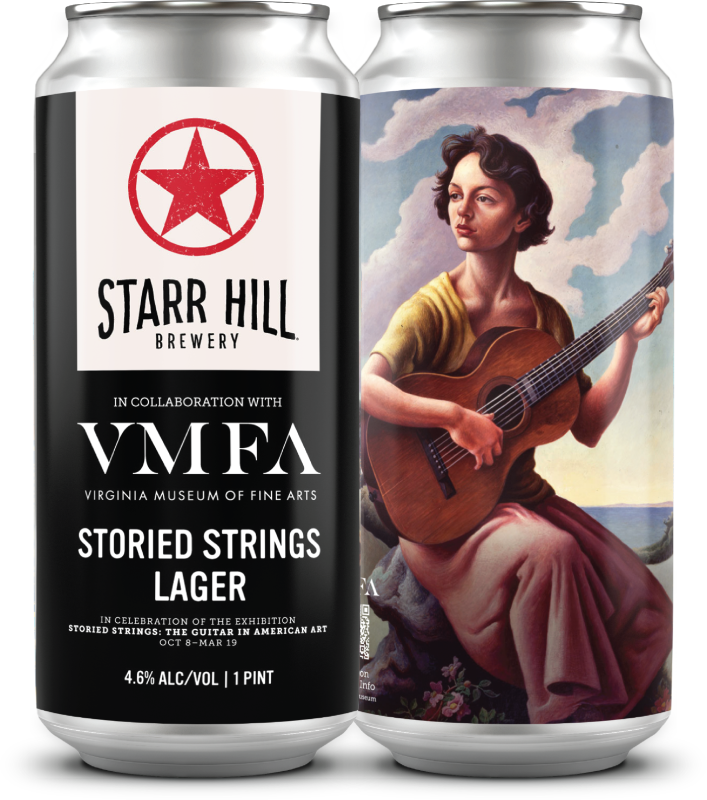 We’re excited to announce that Starr Hill Brewery and VMFA have partnered on a limited-edition beer in celebration of Storied Strings. Storied Strings Lager is available starting October 1 at VMFA and Starr Hill’s six Virginia breweries.

Storied Strings: The Guitar in American Art is organized by the Virginia Museum of Fine Arts. The exhibition is curated by Dr. Leo Mazow, VMFA’s Louise B. and J. Harwood Cochrane Curator of American Art. 3 in 30: Composing our Thoughts

Virtual Conversation: Storied Strings and the Sense of Sight

Sorrow Songs in an Exuberant City: How Manhattan Influenced the Guitar Imagery of Elizabeth Catlett

Available in the VMFA Shop

Available at Best Café and all Starr Hill Brewery locations

7 Songs and Their Storied Strings