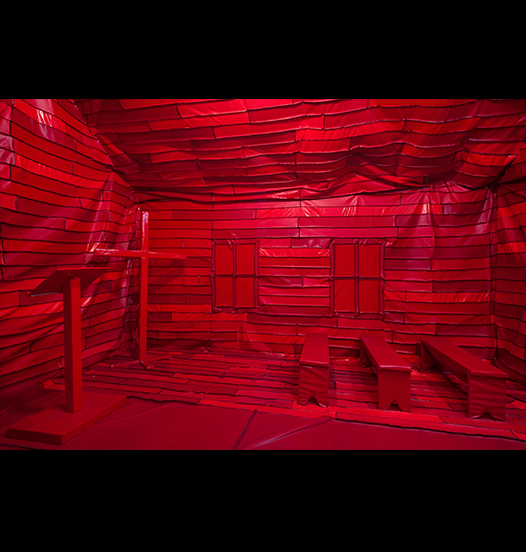 VMFA is hosting a series of talks in conjunction with the special exhibition The Dirty South: Contemporary Art, Material Culture, and the Sonic Impulse. These bi-weekly virtual conversations between scholars, curators, and visual and musical artists explore poetry, visual and sonic culture, contemporary southern hip-hop, and legacies of traditional southern aesthetics.

All events will be recorded and posted to the VMFA YouTube channel at a later date.

Southern Hip-Hop and the Academy MARK ANTHONY NEAL is James B. Duke Professor of African & African American Studies and Professor of English, and Chair of the Department of African and African American Studies at Duke University. Neal is the author of five books including What the Music Said: Black Popular Music and Public Culture, Soul Babies: Black Popular Culture and the Post-Soul Aesthetic and Looking for Leroy: Illegible Black Masculinities, and co-editor, with Murray Forman, of That’s the Joint!: The Hip-Hop Studies Reader (now in its 2nd edition). ANTHONY B. PINN is currently the Agnes Cullen Arnold Professor of Humanities and professor of religion at Rice University. He is also Professor Extraordinarius at the University of South Africa. Pinn is the founding director of the Center for Engaged Research and Collaborative Learning, and the inaugural director of the Center for African and African American Studies both at Rice University. In addition, he is Director of Research for the Institute for Humanist Studies—a Washington DC–based think tank. Pinn’s research interests include religion and culture; black religious thought; humanism; and hip-hop culture. He is the author/editor of over 35 books, including Terror and Triumph: The Nature of Black Religion (2003) and the novel The New Disciples (2015). ERIK NIELSON is Professor of Liberal Arts at the University of Richmond, where he teaches courses on African American literature and hip-hop culture. He lectures widely on these topics and has published articles in a number of peer-reviewed journals, as well as in mainstream outlets such as The New York Times, The Washington Post, Rolling Stone, The Atlantic, and NPR. He routinely serves as an expert witness in cases involving rap music as evidence in criminal trials, and he has authored three amicus briefs for the US Supreme Court, which included support from artists such as Killer Mike, Chance the Rapper, Meek Mill, 21 Savage, T.I., Big Boi, and Luther Campbell. He is co-editor (with Travis Gosa) of The Hip Hop & Obama Reader (Oxford, 2015) and co-author (with Andrea Dennis) of Rap on Trial (New Press, 2019).

Literature and Lyricism in Southern Hip-Hop

ROGER REEVES earned his PhD from the University of Texas, Austin, and is the author of King Me (Copper Canyon Press, 2013), winner of the Larry Levis Reading Prize, the PEN/Oakland Josephine Miles Literary Award, and a John C. Zacharis First Book Award. He is the recipient of a Whiting Award and two Pushcart Prizes, as well as fellowships from Cave Canem, the National Endowment for the Arts, the Poetry Foundation, and Princeton University. His second collection of poetry is forthcoming from W. W. Norton. CHARLIE R. BRAXTON is a poet, playwright, and cultural critic. He is the co-author of the book Gangster Gumbo, which is a history of southern hip-hop with the late Jean-Pierre. He has published three volumes of poetry, the latest of which is Embers Among the Ashes: Poems in a Haiku Manner (Jawara Press, 2013).

Tales from the Conjure Woman: The Art and Practice of Renée Stout RENÉE STOUT (painter /sculptor) received her BFA from Carnegie Mellon University in 1980. She is based in Washington, DC and is the recipient of many awards, including a 2018 Lifetime Achievement Award from the Women’s Caucus for Art and most recently, the 2020 Adolph and Esther Gottlieb Foundation Award and a Virginia A. Groot Foundation Award. KIRSTEN PAI BUICK is a professor of art history at the University of New Mexico. She received her PhD in art history from the University of Michigan and was a SAAM Predoctoral Fellow and a Charles Gaius Bolin Fellow at Williams College. Buick is a recipient of the David C. Driskell Prize for African American Art and has published extensively on African American art, including her book Child of the Fire: Mary Edmonia Lewis and the Problem of Art History’s Black and Indian Subject (Duke University Press, 2010). Her second book, In Authenticity: “Kara Walker” and the Eidetics of Racism, is in progress. RICHARD JONES, better known by his stage name Fiend or International Jones, is an American rapper and producer from New Orleans, Louisiana. Fiend is currently signed to his own label and Jet Life Recordings and no Limit Records. In early 2021 Jones released his new single, “Survivor’s Anthem” preceding his new album, Thank God Its Fiend (TGIF) set for release this Friday, March 19th. LANGSTON COLLIN WILKINS, PhD, is a Seattle-based folklorist, ethnomusicologist, and writer. His research interests include urban folklife, hip-hop culture and African American music. Langston has written extensively about SLAB, an urban car culture that is native to Houston, Texas, and closely tied to the Screw, the city’s local brand of hip-hop music. Langston received his PhD in Ethnomusicology from Indiana University in 2016. He also holds a Masters degree in African American and African Diaspora Studies from Indiana University and a Bachelors of Arts in English from the University of Texas at Austin. Langston is currently the Director of the Center for Washington Cultural Traditions, a collaboration between Humanities Washington and the Washington State Arts Commission that seeks to document and preserve the traditional culture of Washington state.

Stifling the Scream: The Dirt in the Dirty South FRED MOTEN works in the Department of Performance Studies in the Tisch School of the Arts, New York University. He is interested in social movement, aesthetic experiment and the poetics of black study. Over the last thirty years, Moten has addressed this concern as part of the Harris Moten Quartet, Moved by the Motion, Le Mardi Gras Listening Collective, the Institute for Physical Sociology, the Center for Convivial Research and Autonomy, and the Exodus Reading Group; and in collaboration with Arika, Renee Gladman, Zun Lee, Jennie C. Jones, Renée Green, George Lewis, Harmony Holiday, and Gerald Cleaver & Brandon Lopez, among many others; and in a number of books, the latest of which, written with his old friend and writing partner, Stefano Harney, is All Incomplete (Minor Compositions/Autonomedia, 2021). Valerie Cassel Oliver is the Sydney and Frances Lewis Family Curator of Modern and Contemporary Art at the Virginia Museum of Fine Arts. Since joining VMFA in 2017, she has expanded the museum’s holdings of African American art and curated exhibitions such as Howardena Pindell: What Remains To Be Seen, Cosmologies from the Tree of Life: Art from the African American South, and most recently The Dirty South: Contemporary Art, Material Culture, and the Sonic Impulse. Prior to VMFA, she spent sixteen years at the Contemporary Arts Museum Houston, Texas, where she was senior curator. She was director of the Visiting Artist Program at the School of the Art Institute of Chicago and a program specialist at the National Endowment for the Arts. In 2000, she was one of six curators selected to organize the Biennial for the Whitney Museum of American Art in New York.