A COMMITMENT TO THE COMMUNITY: The Black Photographers Annual, Volume I

In 1973, a group of African American photographers in New York City published the first volume of The Black Photographers Annual. In a brief forward that succinctly outlined the new publication’s purpose, novelist Toni Morrison wrote: “It was conceived as a commitment to the community of Black artists. . . . There is no higher praise for any project than that it is rare, true, and free. And isn’t that what art is all about? And isn’t that what we are all about?” Emerging from the broader context of the Black Arts Movement, which grew out of the civil rights movement, as well as the more specific context of the collective of African American photographers known as the Kamoinge Workshop (Kamoinge is taken from the Kikuyu language of Kenya and means “to work together”), the Annual featured the work of nearly 50 artists.

This exhibition is the first of four rotations that explore each of the four volumes of The Black Photographers Annual, which ended in 1980. The first installation features 20 photographs by several of the artists whose work appears in the first issue, including Anthony Barboza, Roy DeCarava, Louis Draper, LeRoy Henderson, Beauford Smith, Ming Smith, and Shawn Walker. Curated by Dr. Sarah Eckhardt, Associate Curator of Modern and Contemporary Art. 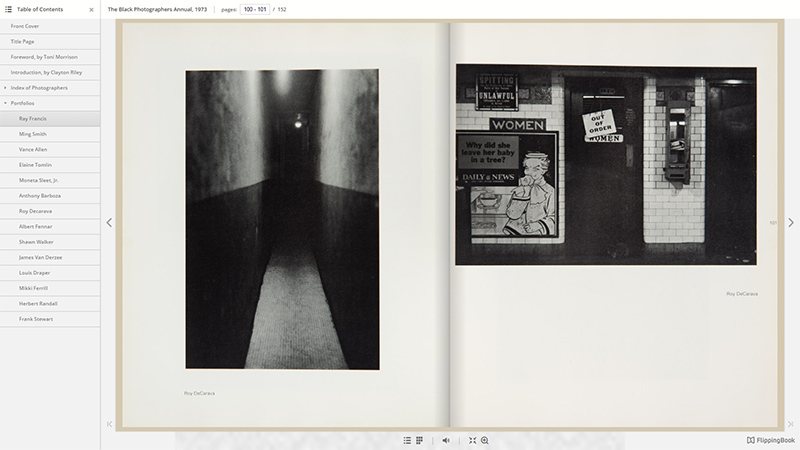 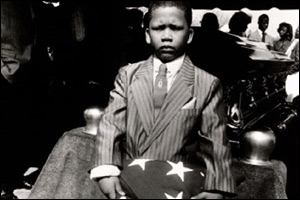