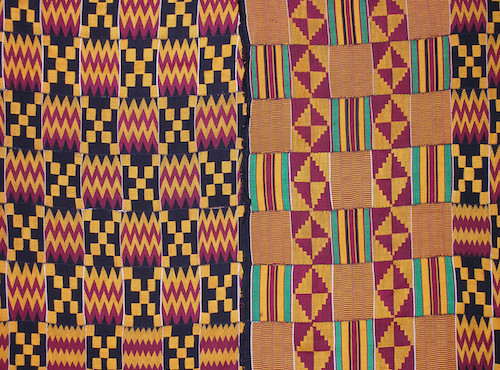 Dynasty and Divinity: Ife Art in Ancient Nigeria and Visions from the Congo: Ancestral Contact

HISTORY OF THE COLLECTION
In pursuing its mission to develop a collection of global scope, VMFA started acquiring African art in 1977. The sculptures, masks, and textiles purchased and donated that year started the collection on strong footing. Almost immediately, the fledgling collection was shared with the public through two exhibitions – Sacred and Secret: The Art of Black Africa, held at the Lynchburg Fine Arts Center in1979, and African Textile Arts, a VMFA artmobile exhibition that toured the state during 1979 and 1980. At the museum, loan exhibitions and other programming accompanied and even preceded the development of the collection. In 1970, Sculpture of Black Africa: the Paul Tishman Collection, and in1975, Masterpieces of Primitive Art from New York’s Museum of Primitive Art, set a high standard and raised interest from enthusiastic voices in the Virginia community who encouraged the museum to develop a significant resource of African art.

When the African department was established in 1976, it was conceived along the lines followed by most other American museums in being allied with indigenous arts of the Americas and Oceania. While VMFA’s holdings from the Pacific islands are minimal, a substantial collection of Pre-Columbian art had been formed during the 1950s and 1960s through the consultants (Gordon Eckholm and Junius Bird of the American Museum of Natural History). However, by the 1970s this program had become inactive and the collection was not on display. Richard B. Woodward, founding curator of African art at VMFA, also maintained responsibility of the Pre-Columbian collection until 1984. However, based in his belief that it was a misrepresentation, even a disservice, for these two important areas of world culture to be combined in a single department, he recommended that each should benefit from identity as individual departments representing major aspects of world culture on equal footing with other departments in the museum’s constellation of global collections (Please see the fact sheet about VMFA’s Ancient American collection).

OVERVIEW OF THE COLLECTION
Today, the African collection includes more than 1,000 works representing many of the continent’s various cultures and exemplifying core or defining styles of African art in all genres, including masks, figural sculpture, textiles, beaded regalia, and personal adornment. The collection is characterized by works of distinguished artistic quality across a wide spectrum of mediums. While certain cultures may be represented by only a single work, such as the Female Figure from Cote d’Ivoire’s Bete people, an effort has been made in building the collection to create areas of concentration comprising multiple related works from a single culture or region. These focus areas probe iconography and formal diversity in ways that reveal the expression of an individual artist or of a society as a whole with nuance and depth that enhances understanding of form and content. The three royalty masks from the Kuba kingdom illustrate this concept, and in the gallery they are accompanied by an extensive array of regalia that illustrates the visual spectacle of the Kuba royal court. Additional areas of concentration in the VMFA collection include the Akan (Ghana), the Yoruba (Nigeria and Republic of Benin), the Kongo and Lega (Democratic Republic of the Congo), and works from the closely related cultures in Cameroon, Burkina Faso, and Mali.

DONORS
The collection has been shaped by applying the museum’s art purchase endowment funds for select acquisitions and by donations from many generous collectors whose names are associated with important works throughout the gallery. A profound impact on the growth and quality of the collection continent-wide has come from the distinguished collectors, Nancy and Robert Nooter. Generous donors to the collection consistently since the 1980s, a gift/purchase plan initiated in 2003 significantly enhanced the holdings at VMFA with more than 130 works from their collection, including exceptional sculptures such as the Baga a’Tshol Head from Guinea and the Chamba Double Figure from Nigeria. Further, in 2011, a second gift/purchase plan covering more than 40 works of Ethiopian religious art brought distinction to this aspect of the African collection. The museum’s first gallery of African art opened in 1987, when after 10 years of acquisitions the collection included more than 100 works of art. Even at this early stage, the collection became a popular resource for school tours and has consistently been one of the most requested galleries. A major grant from the experimental Museum Collections Accessibility Initative sponsored by Lila Wallace-Reader’s Digest Fund enabled moving the collection in 1994 to a significantly larger gallery where more than 300 works could be displayed.

In 2011, following the museum’s major expansion, the collection was installed in the Dominion Resources Gallery. In this 6,000 square foot space, a coherent picture of the continent’s artistic and cultural history is presented, including an Egyptian sculpture and an accompanying text that establish links between the African gallery and other galleries where African art is represented, including the Ancient art and Modern and Contemporary art, as well as where African influence can be found, such as the Art Deco gallery.

VMFA’s African art collection continues to develop as an important artistic and educational resource, with current goals of strengthening the collection overall with special attention to art from North Africa, South Africa, and the evolution of art from the end of the colonial era to today.