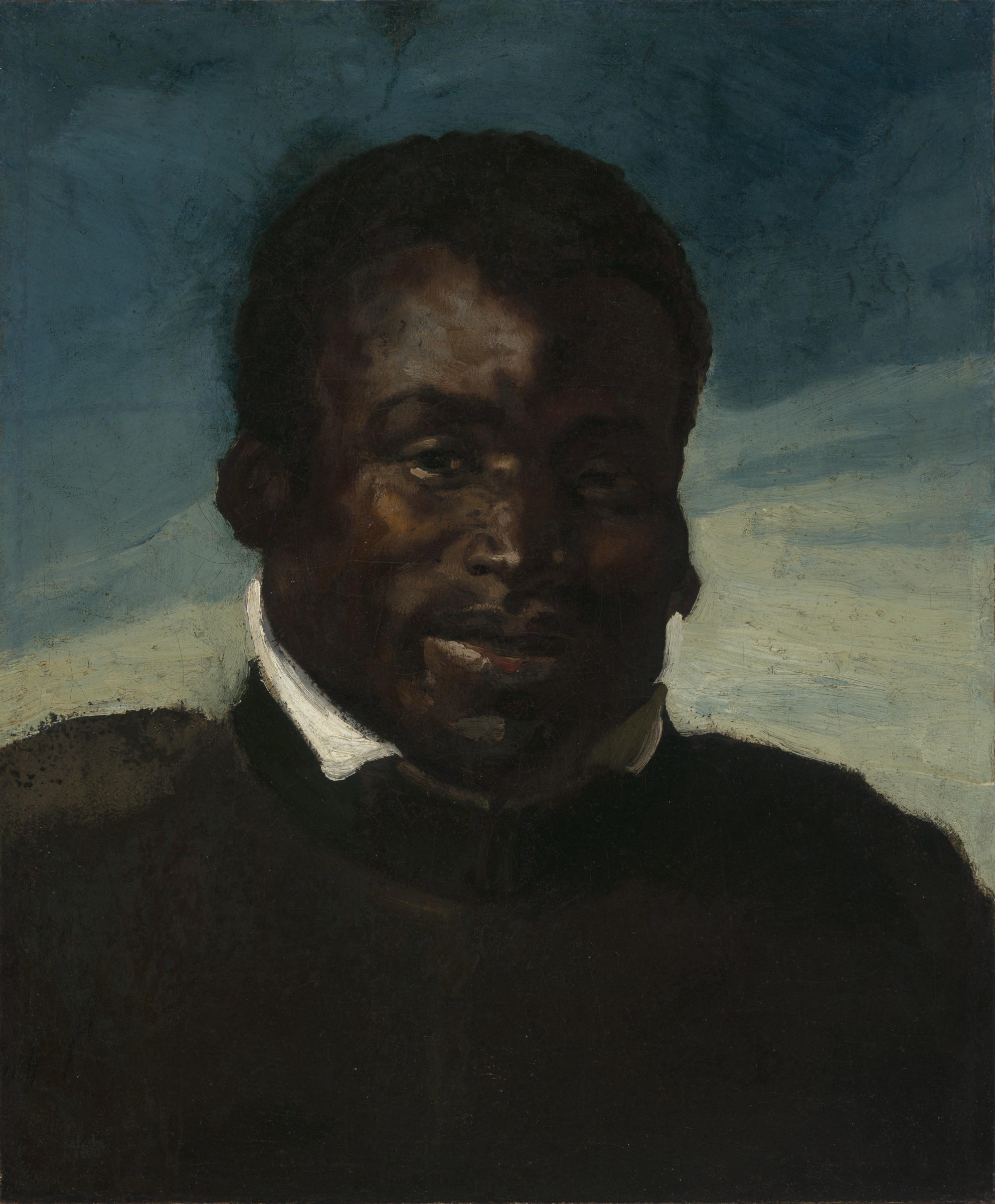 “We are very excited to have this exemplary painting by Géricault — the masterful artist behind some of the most recognized works from early 19th-century French art — in the Virginia Museum of Fine Arts’ collection,” said Alex Nyerges, VMFA’s Director and CEO. “Géricault’s interest in the human condition, expressed in paintings like Portrait of an African Man, influenced artists who came after him and demonstrated how the socio-political tide was turning in France.”

A renowned pioneer of the Romantic painting movement in France, Géricault broke from the Neoclassical approach by representing the tensions arising from social, racial and political inequalities in early 19th-century France. His paintings and lithographs evolved to shed light on the marginalized, the oppressed and the mentally ill.

“We often forget that The Raft of the Medusa is one of the first works to have truly established the artist as someone having a public responsibility and art as a kind of protest invested in denouncing injustice,” said Dr. Sylvain Cordier, Paul Mellon Curator and Head of the Department of European Art. “Géricault was an artist who put his creativity at the service of a cause and wanted to inspire his fellow citizens not to accept the unacceptable. In France, where I grew up, children at school hear about this masterpiece in the Louvre that illustrates the fight for social justice and the right to equality for all people. Acquiring such an important work, one that was part of the process of composing this landmark painting, is really an extraordinary moment for VMFA.”

Portrait of an African Man focuses on the face and shoulders of the man. Set against a leaden gray-blue sky, his head is shaped by the muted break in the clouds. His bright chalky white shirt collar peeks out of the round standing collar of his dark overcoat, perhaps a military coat as a brushy swath of warm gray paint hints at an epaulet on his right shoulder and trim running from beneath the collar down the center placket of the jacket. “Géricault portrays the African man as an identifiable and relatable human being,” said Dr. Michael Taylor, VMFA’s Chief Curator and Deputy Director for Art and Education. “This was a considerably modern approach for the context in which the artist lived, and nearly 30 years before the official end of slavery in France in 1848.”

“Injustice, and particularly the inhumanity of enslavement, disturbed and disgusted Géricault deeply,” said Cordier. “He was passionately engaged with transforming the way African people figured in the European art of his time, when racial stereotypes were highly visible in representations of enslaved people and when Black subjects were most often excluded from representation entirely. The final project he conceived of was another large-scale history painting that would illustrate the horrors of the slave trade. Sadly, this work was left unrealized because of Géricault’s untimely death. In our painting, the character represented is not a servant or some kind of foreign person fetishized as being exotic. He is a social acquaintance, maybe a friend of the painter, seen and represented in a spirit of friendship in any case.”

Portrait of an African Man is now on view at the Virginia Museum of Fine Arts. For more information about VMFA’s permanent collection of more than 50,000 works of art, visit www.VMFA.museum.

The Virginia Museum of Fine Arts in Richmond, Virginia, is one of the largest comprehensive art museums in the United States. VMFA, which opened in 1936, is a state agency and privately endowed educational institution. Its purpose is to collect, preserve, exhibit, and interpret art, and to encourage the study of the arts. Through the Office of Statewide Partnerships program, the museum offers curated exhibitions, arts-related audiovisual programs, symposia, lectures, conferences, and workshops by visual and performing artists. In addition to presenting a wide array of special exhibitions, the museum provides visitors with the opportunity to experience a global collection of art that spans more than 6,000 years. VMFA’s permanent holdings encompass nearly 50,000 artworks, including the largest public collection of Fabergé outside of Russia, the finest collection of Art Nouveau outside of Paris, and one of the nation’s finest collections of American art. VMFA is also home to important collections of Chinese art, English silver, and French Impressionist, Post-Impressionist, British sporting, and modern and contemporary art, as well as renowned South Asian, Himalayan, and African art. In May 2010, VMFA opened its doors to the public after a transformative expansion, the largest in its history.

The Virginia Museum of Fine Arts has begun its $190 million expansion and renovation project led by the international architecture firm SmithGroup. Tentatively scheduled for completion in 2026, the project consists of adding a new wing of nearly 170,000 square feet and renovating 45,000 square feet of existing spaces, while maintaining 150,000 square feet of green space in the Sculpture Garden. Visitors will experience a seamless journey through the collections in the new wing, which will house contemporary art, African art, American art, a new suite of galleries for rotating special exhibitions, and a special-events space. The expansion and renovation will enable the museum to display more art, welcome more visitors, and provide more enjoyment.