Calendar » Featured Events » Curator’s Choice – “His was an Unselfish Service”: John Barton Payne and the Founding of VMFA 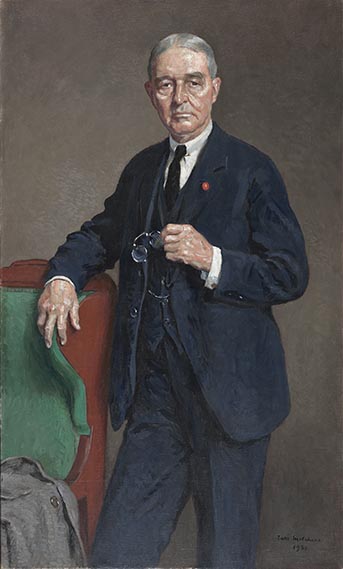 Open to: Supporters Circle Level Members and above

On Thursday, January 16, 1936, the Virginia Museum of Fine Arts opened its doors for the first time. The occasion marked the culmination of more than sixteen years of effort that began in December 1919 with a gift of artworks from Judge John Barton Payne. A century on, join Dr. Susan J. Rawles, Associate Curator of American Painting and Decorative Art, for a talk that considers the historical context of Payne’s gift and partnership with Governor John Garland Pollard, which established – against staggering odds – the first state-run art museum in the United States.

Curator’s Choice programs are a benefit for members beginning at the Supporters Circle level.
Learn more