The Age of Manufacture 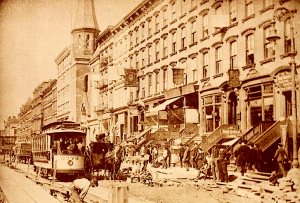 The Christ Resurrection windows by Tiffany Glass & Decorating Company were created for the All Saints Episcopal Church in Virginia at the very end of the 19th century (circa 1899). This was shortly after the Industrial Revolution took place in the US and 30 years after the American Civil War. Cities grew as a spike in migration and foreign immigration occurred; resulting in a culmination of new social and art movements. At the turn of the new century, America was rapidly developing towards a newer and brighter future. “Never, perhaps, did the American people display more vigor,” during the late 19th century, “more imagination or greater confidence in themselves and the future of their country (John A. Garraty).” 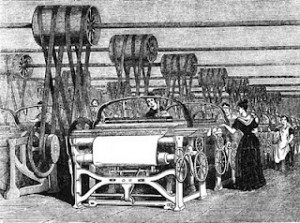 In the late 19th century, there were inventions popping up here and there such as the telephone, Spinning Jenny (loom), and the cable car. Steel production was on the rise and oil was taking root as an American business. The American standard of living was improved due to economic growth and increased life expectancy. America was entering its Victorian era or as some would call it, “an era of ornate excess (page 131).” This time period, for those who could afford it, was a time of extravagance and elegance. The American dream was one of ornateness and eclectic frivolity that everyone was reaching for. The upper class achieved this by living in excess, while others turned to more sensible ideas like education. Towards the end of the 19th century the idea that an education would be a way for workers to move up in the ranks spread like wildfire. By 1898, laws were being passed that made elementary school mandatory. More and more colleges were being built, and by the end of the century, 977 colleges existed in America. 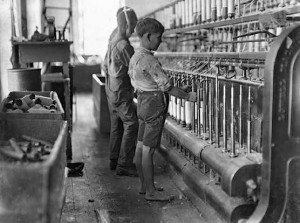 Unfortunately, these golden years had a dark underbelly. Some historians have chosen to call these years the “gilded age”, meaning that America had a “dazzling surface concealed [by] a base metal of coarse materialism (page 31).” Earlier parts of these decades were marred by brutal treatment of Native Americans, and later on with many dying in the Spanish-American war (the war that ended  Spain’s control on many of its colonies). Nonetheless another clause was added to the American dream in which everyone lusted after a life in the city. The masses migrated to cities where they believed life would be better; instead, they were met with Typhoid, cholera, starvation, and tenement slums.

This was the era that Louis Comfort Tiffany lived through and thrived upon. Many artists revolted against the increased production rate and poor quality of factory output, instead embracing a handmade approach to their work. This ideal was embodied by the Arts and Crafts Movement that greatly influenced Tiffany.