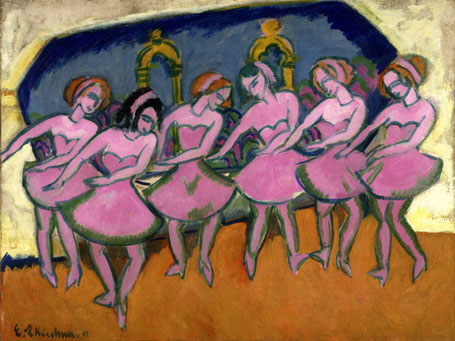 Hollywood Costume and Made in Hollywood: Photographs from the John Kobal Foundation

VMFA’s fall exhibition, Hollywood Costume, celebrates a century of costume design and its contribution to cinematic history in American culture. Visitors will step behind the scenes to explore the collaborations between directors, actors and costume designers that bring to life some of the most unforgettable and beloved screen characters. Hollywood Costume is on view November 9, 2013 – February 17, 2014.

Visitors will experience traveling between soundstages, walking among costumes from the silent era to today’s digitally enhanced productions. The exhibition represents movies from the Golden Age to modern blockbusters, including The Wizard of Oz, Cleopatra, The Blues Brothers, Shakespeare in Love, Titanic, Moulin Rouge, Austin Powers: International Man of Mystery, Casino Royale, Twilight: New Moon, Harry Potter and the Half-Blood Prince, and The Dark Knight Rises.

Hollywood Costume includes costumes that have never left private or archival collections in California, and most have never been publicly displayed or seen beyond the secure walls of studio archives.

“Visitors to this exhibition will gain a fresh understanding and appreciation of costume design in America’s film industry,” Director Alex Nyerges said. “Cinema is considered by many to be the greatest and most broadly accessible art form of the 20th and 21st centuries, and this ground-breaking display of iconic costumes will offer a unique insight into the art of movie-making.”

Also at VMFA this fall is Made in Hollywood: Photographs from the John Kobal Foundation, which features more than 90 prints by more than 50 of the most important photographers working in Hollywood 1920–1960.

Programs
A wide variety of programs offered for visitors of all ages will complement the exhibition, including adult studio classes, teacher workshops, lectures, family events and teen and children’s programs further interpret the exhibition.

Inspired by Hollywood Costume, the museum’s fall educational programs will provide insight on a century of visual arts and its influence on American culture. Using media from painting through film, the programs will discuss the influence of fashion and costumes across time, class, and culture.

60 Films/60 Days is a movie-a-day extravaganza from November 29 through January 31 that will present 60 movie titles featuring costumes in Hollywood Costume.

Designed for students with a passion for clothing design, studio arts, installation art, and/or sculpture, Teen Stylin’ provides aspiring designers with the guidance and assistance to create their
own one-of-a-kind, wearable works of art. With this year’s theme Costume Couture, more than 80 Virginia student designers in grades 6 – 12 will work throughout eight weeks to create wearable works of art inspired by Hollywood Costume and works of art in the permanent collection. During orientation, each student designer will choose an inspiration piece from several predetermined works of art in the permanent collection. Each of these works explores big cinematic ideas such as: Wearing the Nation; Beauty & Vanity; Bold, Graphic & Iconic; Culture; The Good Life; Setting & Style; Picturing Power; Making Myths; and Human Stories. Using creative construction and alternative material application, student designers will represent characters, plot, and setting through the sheer power of the costume. These creations are featured during the Teen Stylin’ Fashion Weekend Runway Exhibitions. Teen Stylin’ is sponsored in part by Diane Cox Basheer and B. William Basheer, and RBC Wealth Management.

Tourism Partners
VMFA is partnering with other statewide institutions that support and promote the film industry in Virginia. Partners include the Virginia Tourism Corporation; the Virginia Film Office; and the Virginia Film Festival, held in Charlottesville November 7-10.

The Virginia Film Festival, presented by the University of Virginia, has been celebrating the magic of the movies and inspiring audiences for a quarter century. Today, it stands as one of Virginia’s most important cultural landmarks, and one of the most respected regional, destination film festivals in the United States. This year, the festival celebrates new features and documentaries together with fresh perspectives on timeless classics. Through a program of more than 100 films, the VFF spotlights the work of leading filmmakers from around the world as well as films and artists found right in its own backyard.

Amtrak Virginia is the exhibition’s Official Passenger Rail Partner. Amtrak has created a variety of travel options for visitors. Delta is the official airline partner.

About the Virginia Museum of Fine Arts
VMFA’s permanent collection encompasses more than 33,000 works of art spanning 5,000 years of world history. Its collections of Art Nouveau and Art Deco, English silver, Fabergé, and the art of South Asia are among the finest in the nation. With acclaimed holdings in American, British Sporting, Impressionist and Post-Impressionist, and Modern and Contemporary art – and additional strengths in African, Ancient, East Asian, and European – VMFA ranks as one of the top comprehensive art museums in the United States. Programs include educational activities and studio classes for all ages, plus lively after-hours events. VMFA’s Statewide Partnership program includes traveling exhibitions, artist and teacher workshops, and lectures across the Commonwealth. VMFA is open 365 days a year and general admission is always free. For additional information, telephone 804-340-1400 or visit www.vmfa.museum.