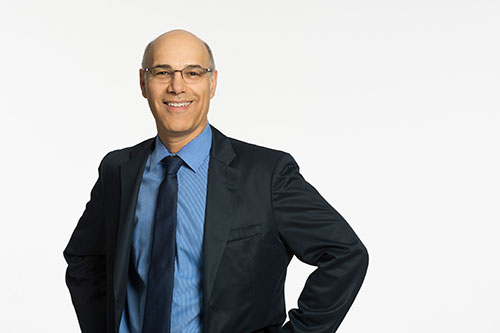 John B Ravenal, VMFA’s Sydney and Frances Lewis family curator of modern and contemporary art, has been named the new director of deCordova Sculpture Park and Museum in Lincoln, Mass. Since his arrival in 1998, John has enhanced the Virginia Museum of Fine Arts’ collection and reputation in modern and contemporary art through scholarship, innovative curatorial projects, major publications, and key acquisitions.

“We will miss his brilliant curatorial work, solid scholarship, advocacy for Virginia artists and creative and ever-constructive collegiality,” Director Alex Nyerges said. “The transformative success we as an art museum have undergone since our reopening in 2010 has elevated the visibility of star curators such as John, and we wish him the very best.”

Ravenal’s work during his 16 years at VMFA has prepared him for his role as director. During his tenure, he curated award winning exhibitions such as Ryan McGinness: Studio Visit (2014); Xu Bing: Tobacco Project (2011); Sally Mann: The Flesh and The Spirit (2010); Chuck Close: People Who Matter to Me (2010); Artificial Light (2006), which appeared at VCU Anderson Gallery and MOCA at Goldman Warehouse in Miami; Robert Lazzarini (2003), recognized by the International Association of Art Critics as one of year’s best exhibitions; Outer and Inner Space: A Video Exhibition in Three Parts (2002), recipient of an Emily Hall Tremaine Exhibition Award; and Vanitas: Meditations on Life and Death in Contemporary Art (2000). Currently, John is working on Jasper Johns and Edvard Munch, a partnership with the Munch Museum in Oslo, which he will guest curate for its Oslo and VMFA appearance in 2016.

John served as the fourth president of the Association of Art Museum Curators (2009-11) and was a 2012 Fellow at the Center for Curatorial Leadership in New York. Regionally, he has regularly participated in studio visits, First Fridays, engagement with curators throughout Virginia, and so much more.