Connect » A Hopeful Picture for Nepal

VMFA is fortunate to have in its holdings many treasures from Nepal. As the people of that mountainous country continue the long process of recovery and rebuilding, perhaps one painting in particular, currently on view in the South Asian Art Galleries, provides a picture of hope.

The focus of this painting is the Great Stupa of Svayambhunatha, the white-washed, dome-shaped monument that for Nepal’s Newar Buddhist community is a self-generated axis mundi around which the world pivots. Scarcely a single tourist to Kathmandu misses a visit to the so-called Monkey Temple, actually a great complex of monuments built on and around the hill crowned by the Great Stupa. In recent weeks, however, the site has become a prominent emblem of the violent destruction and cultural loss suffered by the Nepalese. Media images show the white stupa’s surrounding temples and prayer halls reduced to piles of rubble. 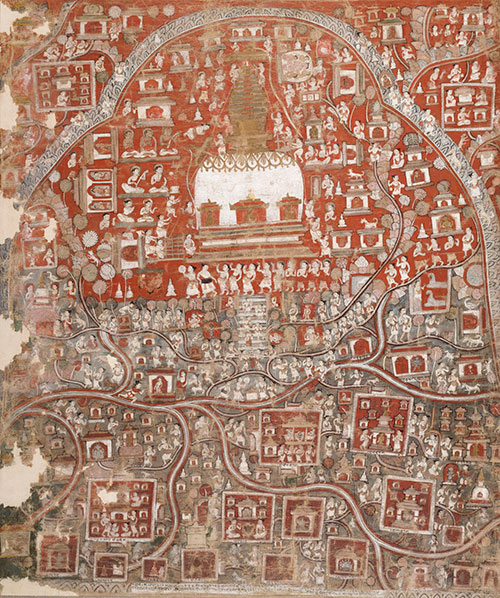 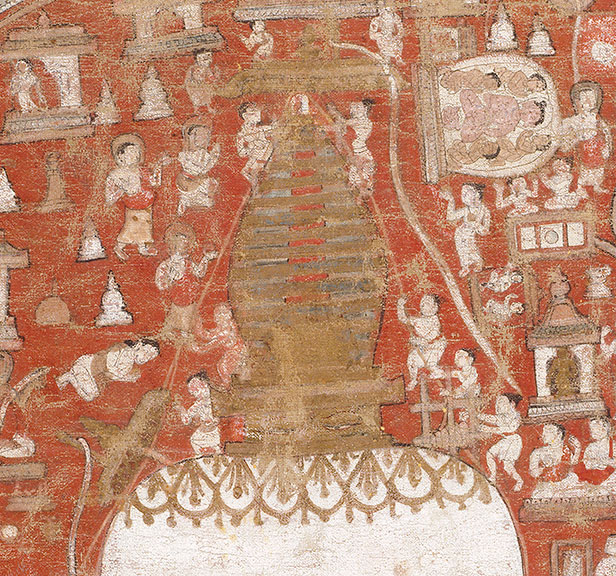 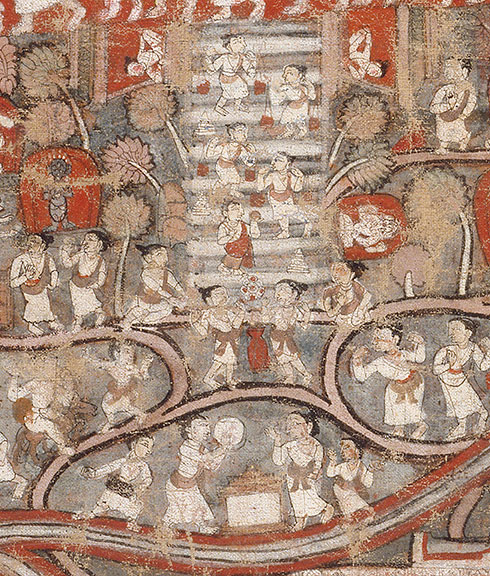 But the painting shows not destruction, but restoration: a renovation of the Great Stupa in 1565. The faithful flock to the site from all parts of the Kathmandu Valley—presented as a schematic map with rivers, roads, villages, and shrines surrounding the central hill of Svayambhu—to attend the re-consecration of the monument in that year. A new golden parasol is lifted to the apex of the monument (detail 1), and two men about to mount the hill’s steep staircase carry the vase that has held the stupa’s inner essence during the renovation process (detail 2). In the culminating ritual of the re-consecration, this inner essence will be returned to the stupa’s core, and the monument will once again be alive and functioning. As the map-like presentation makes clear, this revitalization of the Great Stupa is, by extension, a revitalization of the entire region around it.

May we, in the coming months and years, see as many images of Nepal’s renewal as we have of its devastation.