VMFA’s African galleries are flanked by two large-scale murals by South African Ndebele artist, Esther Mahlangu. In 2014, VMFA commissioned Esther to paint the vibrant murals, which echo the patterns found on Ndebele beaded vestments, jewelry, and the exteriors of their homes. Esther was assisted in completing the commission by her granddaughter, Marriam.

When Esther paints, the vision arises directly in her mind’s eye and calls on experience learned over years and years of painting. There are no preliminary sketches or outlines on the canvas—just paint and an abundance of know-how. 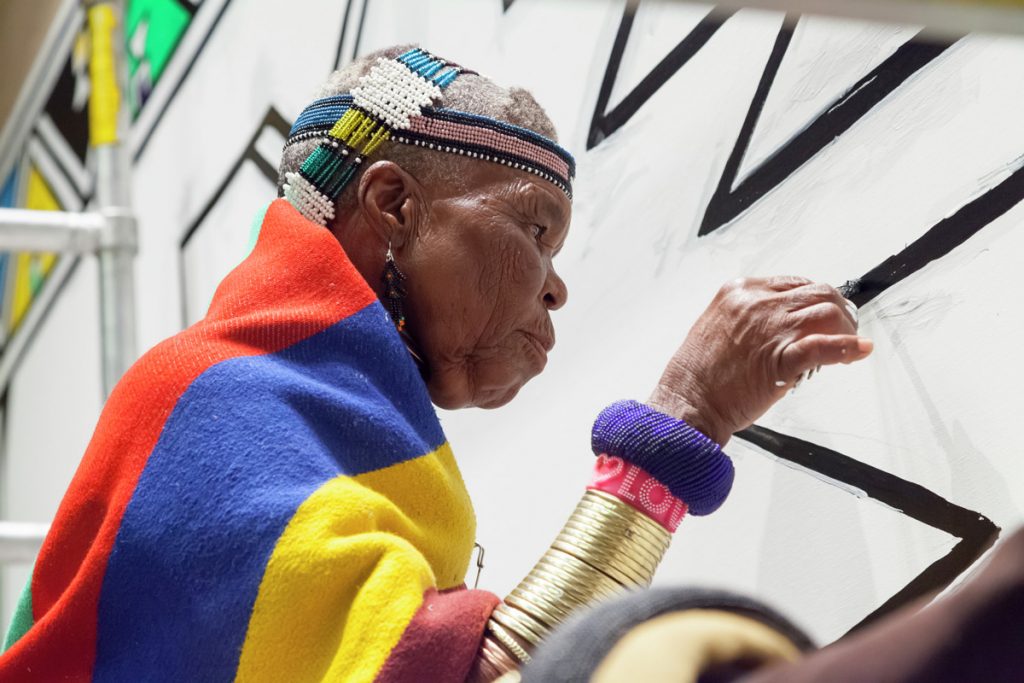 A lively spontaneity results from this approach, revealing the human touch of creation. No straight edge is used, no tape. Just the eye and the hand—although it’s important to mention the acrobatics and exertion also! Esther and Marriam painted standing, sitting, kneeling, and even reclining on scaffolding, ladders, and the floor. All the climbing was physically demanding, but Esther and Marriam performed a delicate ballet, sometimes working right next to one another, sometimes at opposite ends of the canvas, looking over one another’s shoulders, discussing the work and who knows what else about art and life.

See the process unfold before your eyes once again in this time-lapse video. 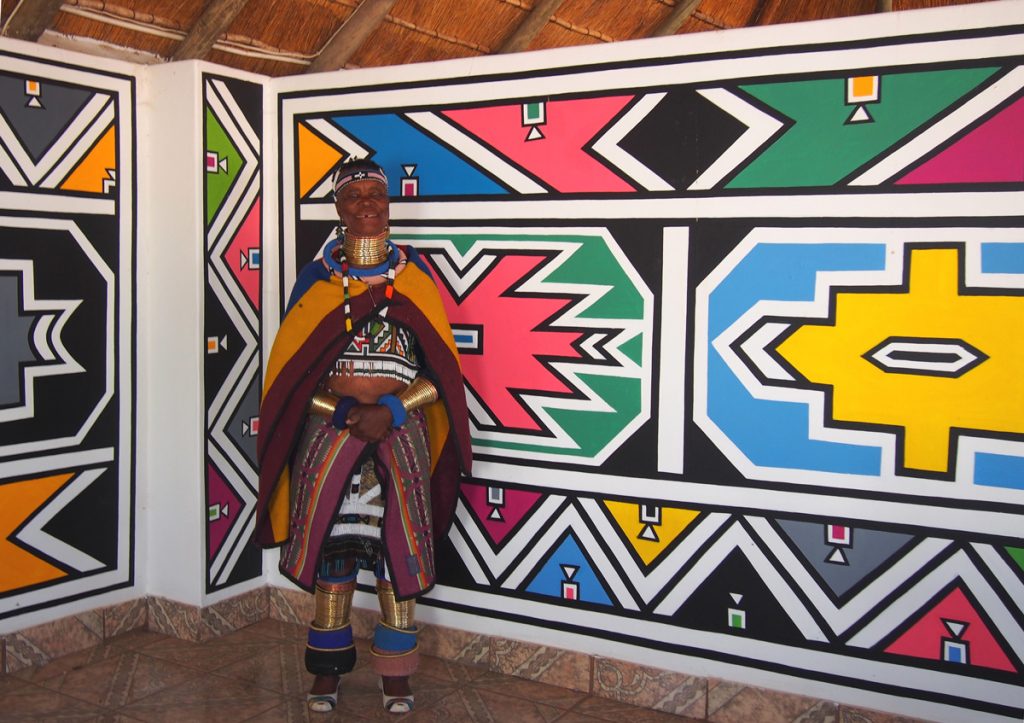 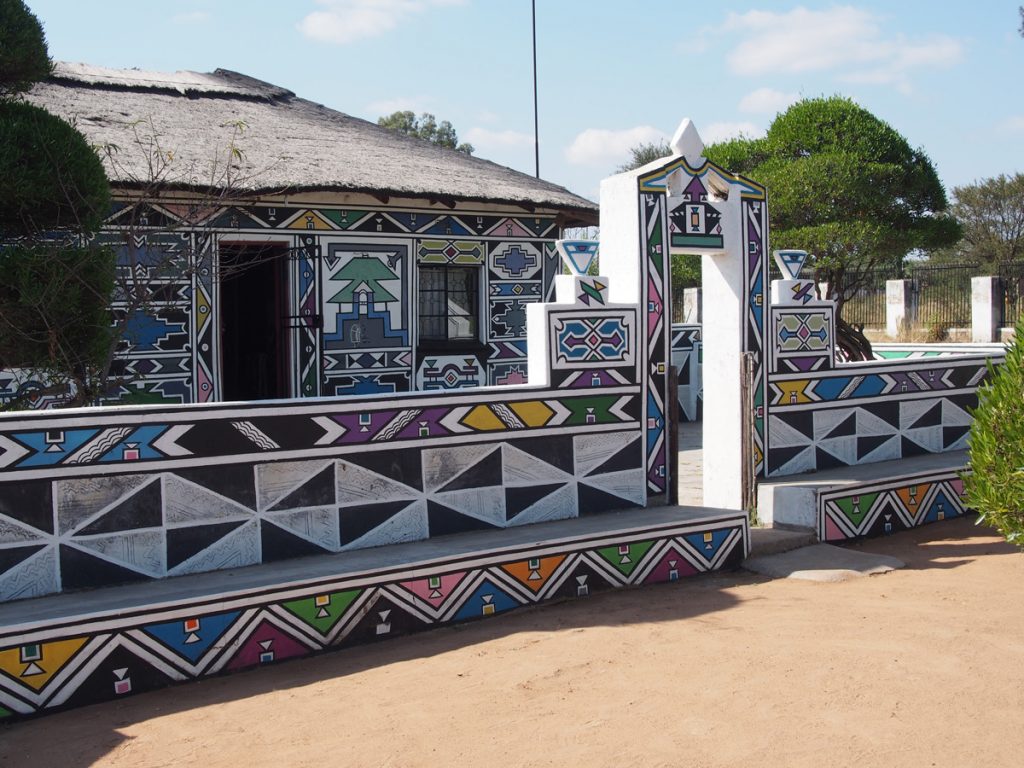 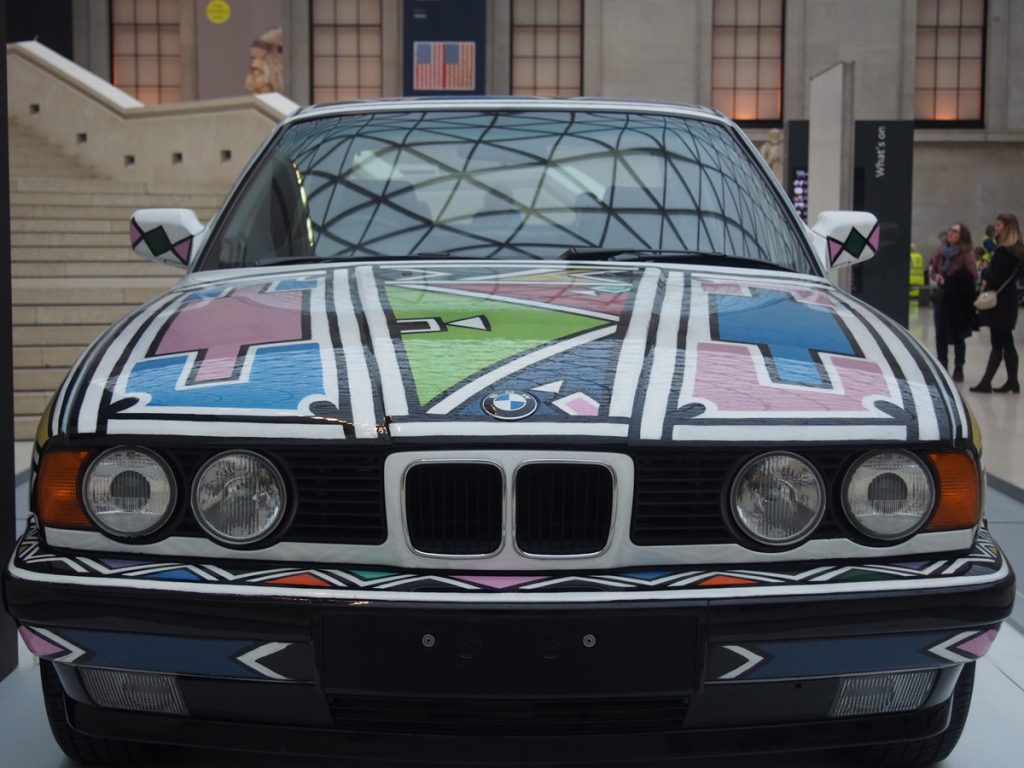 Esther is the most renowned artist of South Africa’s Ndebele people, and she has successfully developed the art of mural painting from a tradition of exterior designs on rural homes to contemporary projects created on a global scale. In 1991, BMW commissioned her to paint a car for their Art Car program. Since 1979, BMW has commissioned fifteen artists, including Alexander Calder, Andy Warhol, David Hockney, and Frank Stella, to use their cars as a canvas. Mahlangu is the only non-Western and only female artist included in the BMW program to date. The National Museum for Women in the Arts in Washington, DC displayed Mahlangu’s BMW in 1994 and commissioned her to paint the façade of an annex building. In 2004, she executed a 78-foot wide mural at the art museum in Bochum, Germany, for the exhibition, New Identities: Contemporary Art from South Africa. Today, the Washington and Bochum works exist only in documentary form.