Artist Hamilton Glass, also known as “Ham,” is a Philadelphia-born, Hampton University graduate, who has proudly called Richmond home since 2007. And it’s here in RVA where he has also made his name as a painter and muralist with a genuine concern for building community and bridging divides. His relationship with VMFA has always involved… 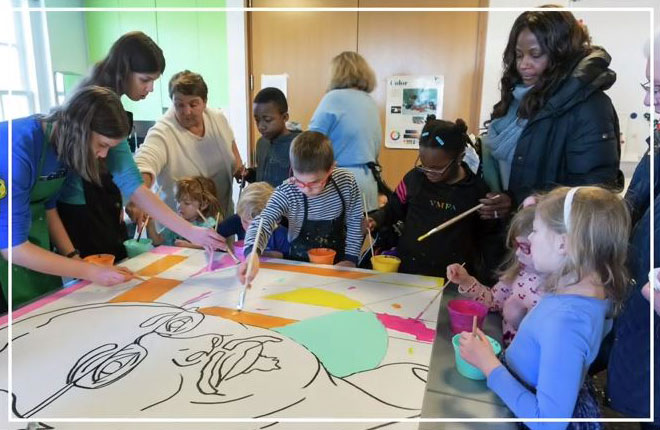 This video was created by Field Studio and was made possible in part by Virginia Humanities. In February 2019, VMFA unveiled RVA Community Makers, a public art project featuring portraits of eight African American community leaders. The initiative is one example of VMFA’s commitment to opening our doors to a more diverse audience. Local artist… 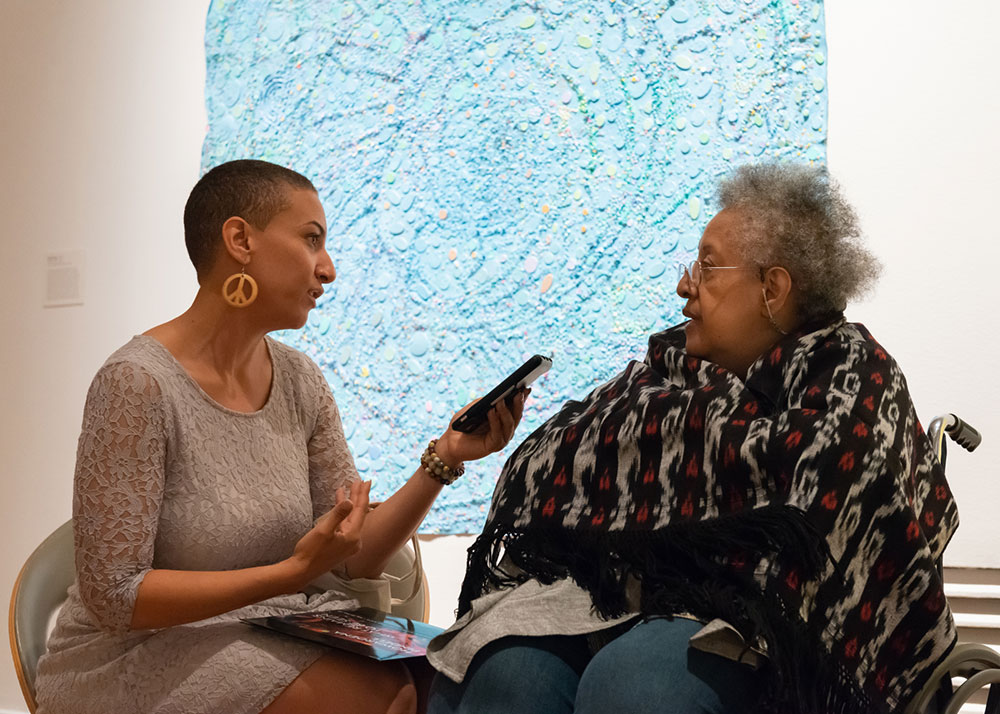 Pindell’s journey presented at the Virginia Museum of Fine Arts is unique to the artist but not unusual. We’ve heard the tale: the impressive work ethic of a brilliant black mind, occupying double roles, only to still fall short on respect from her white colleagues as well as the white-dominant art world. Pindell worked as…

Howardena Pindell has consistently broken new ground during her five-decades-long artistic career. In 1967, she was the first female African American to graduate from Yale University’s MFA program then began working as the first female black curator at the Museum of Modern Art in New York. Her diverse body of art—from abstract canvases to photography… 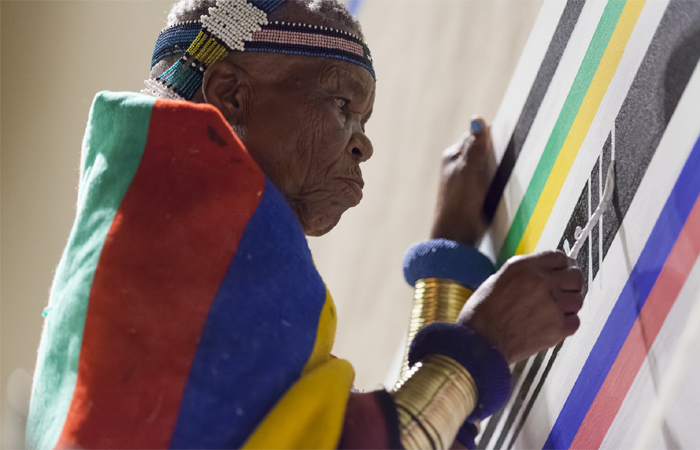 Esther Mahlangu, whose dazzling, mural-size paintings provide a gateway to the VMFA African art galleries, has just been awarded an honorary doctorate from the University of Johannesburg for “her legacy as a cultural entrepreneur and educator, skillfully negotiating local and global worlds.” Dr. Mahlangu, the most renowned artist of South Africa’s Ndebele people, developed the… 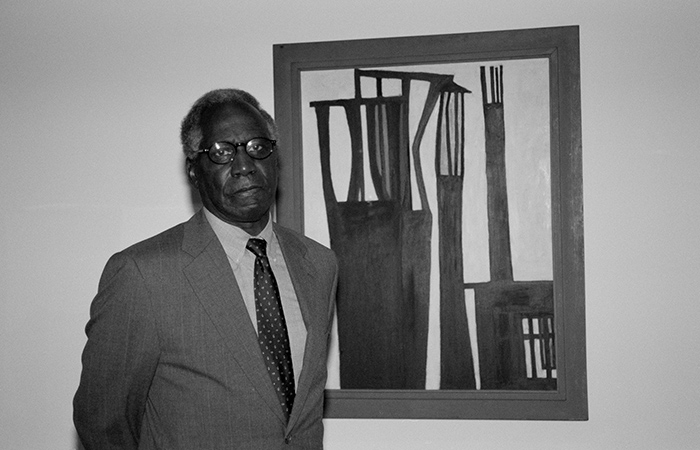 VMFA mourns the recent passing of Richmond-born artist Benjamin Leroy Wigfall (1930-2017). When the museum purchased his painting Chimneys in 1951, Wigfall was only 21, the youngest artist to have a work enter VMFA’s permanent collection. Wigfall was interviewed by the museum in 2003 and 2016 and was the subject of a program held at… 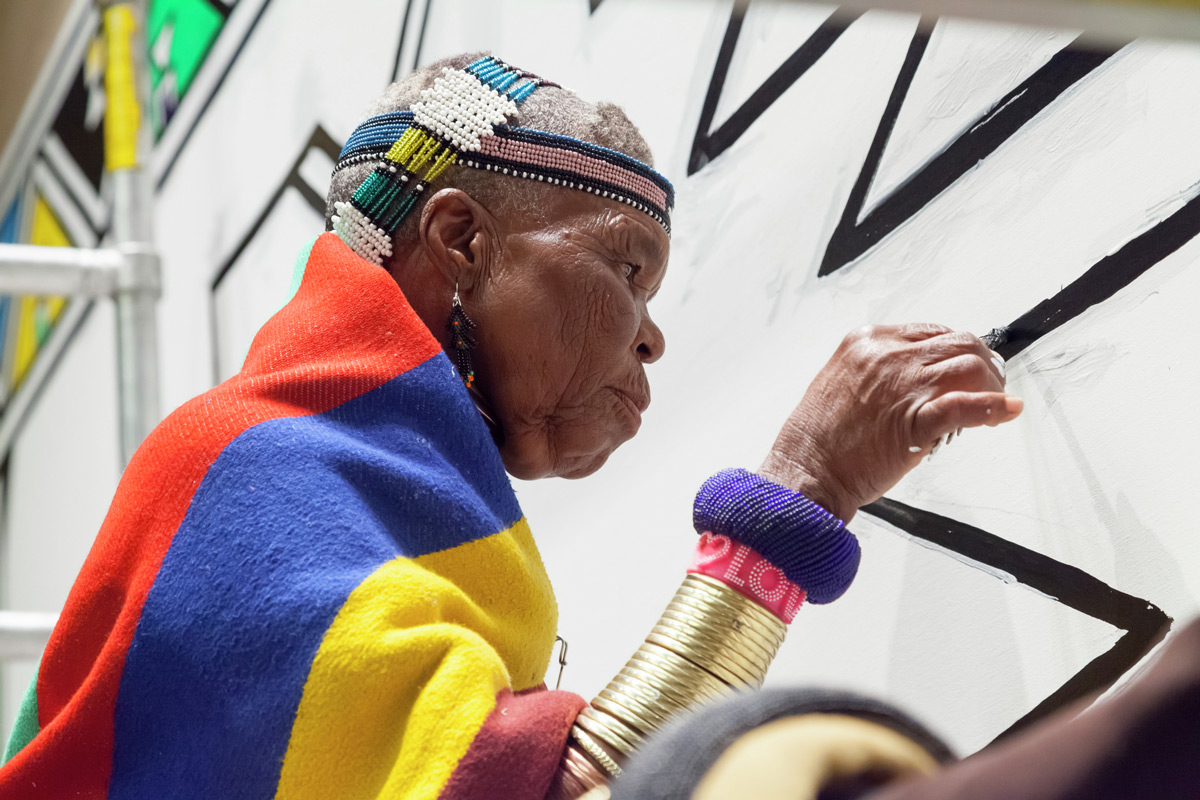 A lively spontaneity results from this approach, revealing the human touch of creation. No straight edge is used, no tape. Just the eye and the hand—although it’s important to mention the acrobatics and exertion also! Esther and Marriam painted standing, sitting, kneeling, and even reclining on scaffolding, ladders, and the floor. All the climbing was… 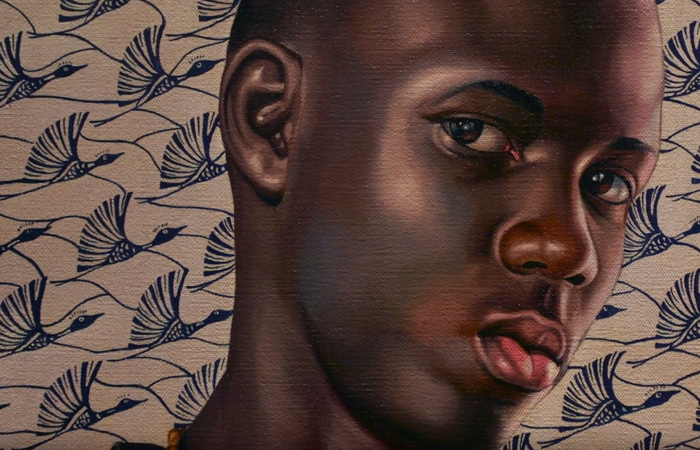 Kehinde Wiley talks about his father and his own yearning to be authentically connected to Africa. 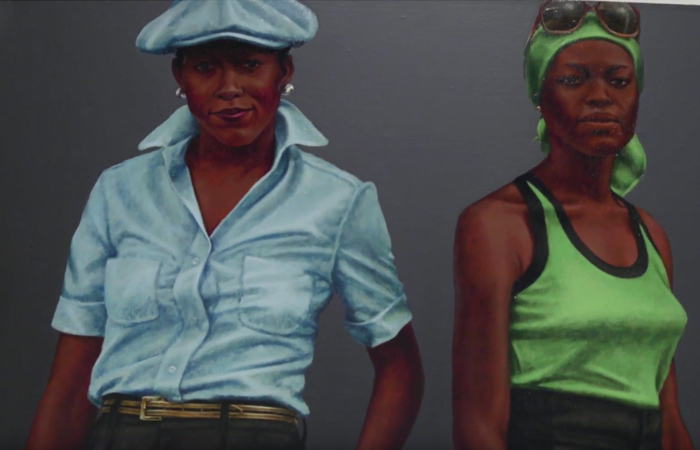 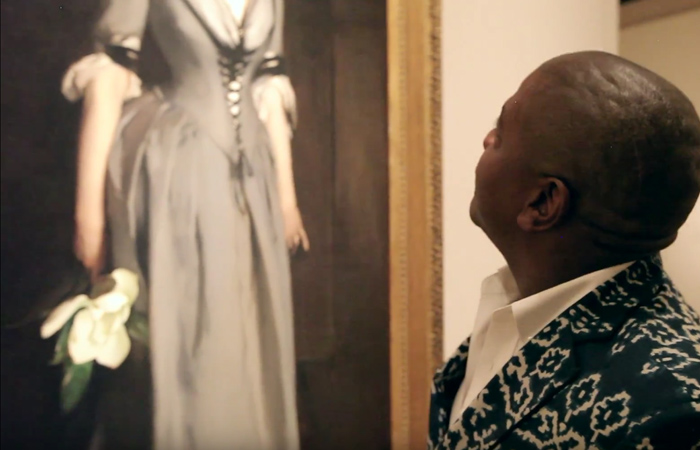