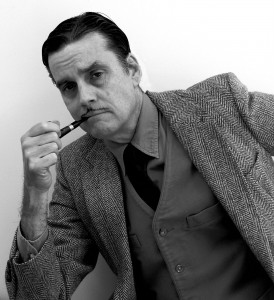 Do you like your fantasy movies serving-up the same old, tired routine? Over-bearing CGI effects? Loud, distorted, blaring music? Explosions? Mechanical monsters smashing into each other? Silly and utterly contrived arrays of phony-baloney characters and super heroes who stretch the imagination and plausibility only as far as a juvenile on an amped-up energy beverage?

Do you like your fantasy movies to treat you as a mature human being? To exercise your mind intellectually? To give you food for thought? And do you crave to trust in the director and actors to take you along for a ride to a far-off adventurous shore, to wade into deeper waters, and yet to safely deliver you back on solid ground?

If so, Orlando is the movie for you. As the latest installment in Friday Films’ tribute to Great Women of the Screen, Orlando features the sparkling Tilda Swinton. Swinton has risen to prominence with acting genius and out-of-mainstream roles. To boot, she is the actress to love for her sweetly quirky manner and lifestyle.

The film itself is like a mystical convergence of Fellini, Merchant-Ivory, 2001: A Space Odyssey, and Virginia Woolf, on whose novel the film is based. And with Quentin Crisp playing Queen Elizabeth I, how can you lose?

Originally released in 1992, Orlando has just been re-released by its studio and Friday Films is proud to have it. Join me for a thoroughly superb and elegantly eccentric experience in VMFA’s Leslie Cheek Theater this Friday, 8/27, at 6:30.