Connect » Serious about Tattoos in “The New York Times” 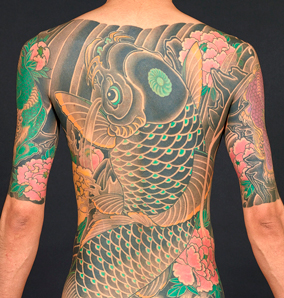 Excerpted from “Tattoo History, Antique Typewriters and Letting Go at the Toledo Museum” in the May 21st issue of The New York Times.

Tattoos, particularly the modern iterations of the form, keep rising in esteem among historians, curators and collectors. An exhibition of Japanese tattooing traditions opens next Friday at the Virginia Museum of Fine Arts in Richmond, and tattoos are the subject of surveys this summer at the Musée du Quai Branly in Paris and the Museum for Art and Industry in Hamburg, Germany. Those shows include designs as well as photos, sculptures, books, tools and even skin samples.

Tattoo variations over the last few millenniums are now being “treated as a serious subject rather than just something that has a naughtiness about it,” said Nicholas Thomas, an editor of “Tattoo: Bodies, Art and Exchange in the Pacific and the West,” published by Reaktion Books/University of Chicago Press.

That book’s essays cover seemingly improbable subjects, like the writer Leo Tolstoy’s fascination with a cousin covered in Polynesian tattoos and the popularity of American eagle tattoos (above the groin) among Samoans in the 1950s. Mr. Thomas said the interest partly stems from the current wave of extreme cosmetic surgery and fitness regimens.

Other recent books have covered tattooed women and tattooing in Brooklyn and Italy. In September, Yale University Press will release “The World Atlas of Tattoo,” by Anna Felicity Friedman, who writes a blog at tattoohistorian.com. She is also the lead curator of “Tattoo: Ancient Myths, Modern Meanings,” an exhibition that will begin traveling next year.

The show will explore, among other areas, tattooed soldiers, criminals, monks and circus performers.

Derin Bray, an antiques dealer in New Hampshire, has begun collecting tattoo artifacts like sideshow banners and shop signs. At an auction last year in Marlborough, Mass., Maine Antique Digest reported, Mr. Bray was among the bidders on a folk art statue of a tattooed woman in a bikini. (The sculpture was eventually sold to David Wheatcroft, a dealer in Massachusetts, for $28,290.)

In the next year, Mr. Bray will write and lecture for the Piscataqua Decorative Arts Society about tattoo practices among seafarers in Portsmouth, N.H. He wrote in an email that he has another tattoo study in progress, but it “still has a few hurdles to get over before I can start talking about it.”