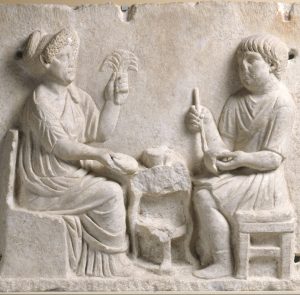 Explore objects from Ancient Rome and discover how Romans portrayed themselves and wished to be remembered. You will also learn more about daily life and beliefs.

Who Were the Ancient Romans?

Romans did not necessarily live in the city of Rome. At its height, the empire stretched from Mesopotamia to Scotland and from Romania to Morocco. Nor did language define a Roman. Latin was the primary language of the city of Rome, but Greek was spoken throughout the empire, alongside hundreds of local languages and dialects. It was citizenship, which could be awarded to any male in the empire (including slaves), that set Romans and their families apart from other inhabitants of the ancient world. A Roman was a citizen of Rome. 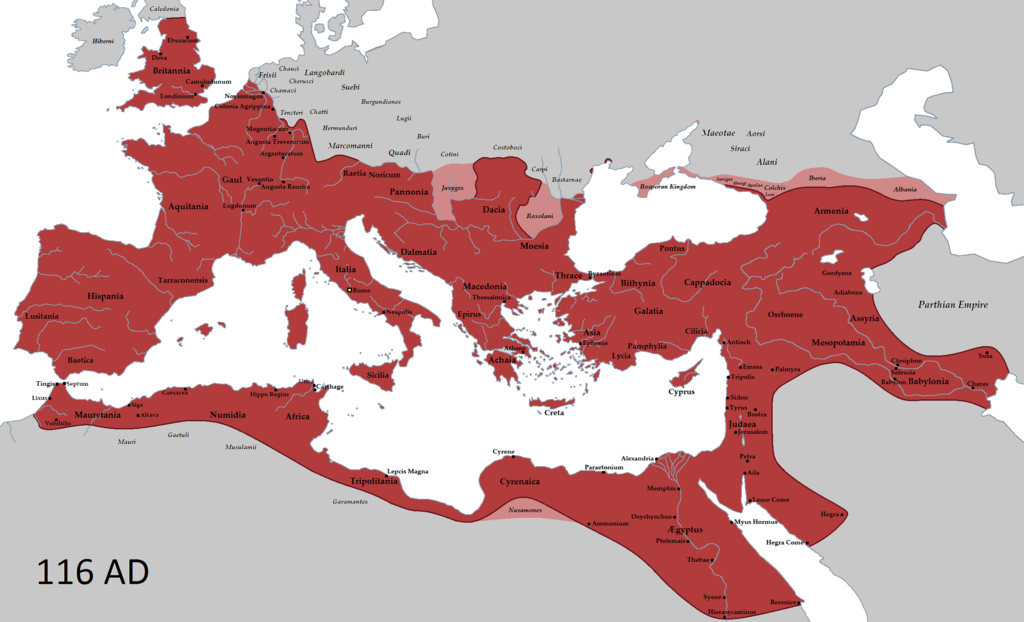 From Republic to Empire

In 509 BC, the Roman Republic was established and over the next few centuries gained control of the Italian mainland. Following a series of civil wars, Julius Caesar’s adopted son Octavian consolidated control over the expanding Roman Empire and received the title of Augustus from the Senate in 27 BC. Emperor Augustus Caesar died in 14 AD, but the era of peace he established lasted for more than 200 years.

Romans greatly influenced the Western world during their thousand year history. They built cities across much of the ancient world,  influenced the development of Western culture and literature and developed organized systems of government. The government of the United States was influenced by the Roman republican government.

The two sets of activities that follow call on your observation and thinking skills as you closely examine selected objects from Ancient Rome.

The first three activities provide close-up views with guiding questions and background information. What will you learn about the connections between power, status, citizenship, and images in ancient Rome? How do these objects relate to identity and how people are portrayed or remembered? Who is represented and who is not?

How do these objects relate to what the Romans thought was important?

SURPRISE ME! Exploring the Statue of Serapis

Click on the pop-up hot spots on the image of Serapis below to reveal some cool facts about this important god!

The Romans, like the Egyptians and Greeks believed in many gods and goddesses. Serapis was a god of the sun, healing, and fertility. Worship or belief in Serapis was developed in Egypt by the Ptolemies, Macedonian Greeks who ruled Egypt from 305-30 BC. The god combined the features of the Egyptian gods Apis and Osiris (show) with the appearance of Greek gods with beards like  Zeus and Hades. This combination of Greek and Egyptian characteristics made it easier for both Greeks and Egyptians to worship him. Romans continued to worship Serapis when they ruled Egypt and much of the Western world.

Wealthy Romans decorated their homes with mosaics, pictures or patterns made from small pieces of marble, stone, and glass called tesserae [tes-er-ray]. This mosaic  was once a part of a hallway floor in a house in a town in Antioch, a major city in Roman, Syria and illustrates the four seasons. The seasons are represented as Erotes [er-o-tees]. They are mythological figures depicted as small boys with wings. They were the mischievous companions of Eros (also known as Cupid), the son of the goddess of love Venus (Aphrodite in Greek), and were often shown in a variety of costumes, pretending to do different things. From left to right the seasons are spring, summer, fall and winter.

Click on the pop-up hot spots on the images of Summer and Fall below. Each will tell you different facts about the images and mosaics as well.

Relief of a Potter and His Wife 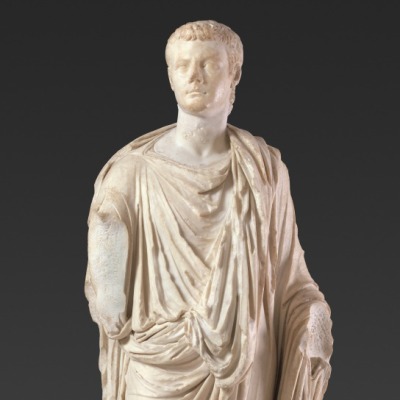 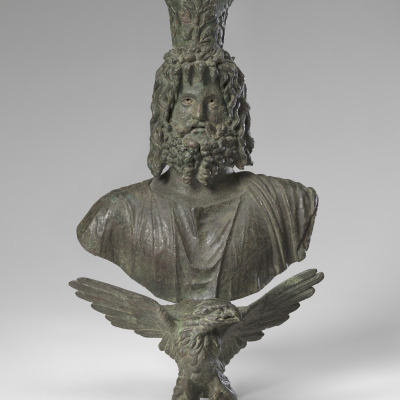 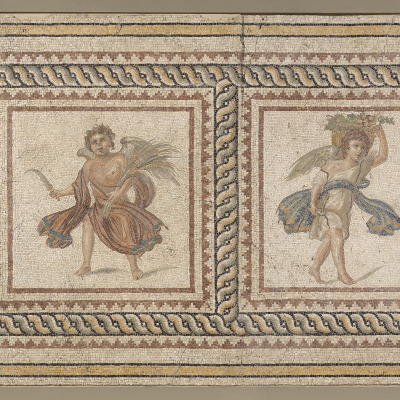