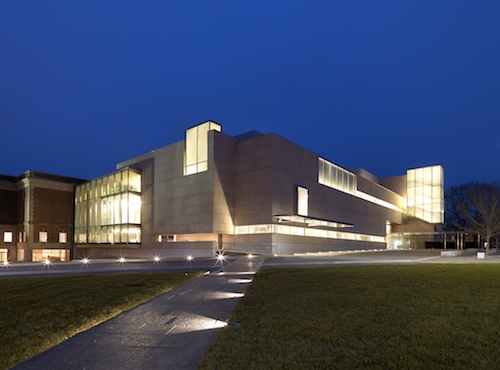 The Virginia Museum of Fine Arts has built its collections entirely by private patronage since its 1936 opening in the midst of the Great Depression. VMFA continues to position itself successfully for a healthy, vibrant future, through support from the Commonwealth of Virginia and generous private donors.These collections, which now range over a 5,000-year period, have been gathered from almost every corner of the world. Europe is represented by such masters as Peter Paul Rubens, Artemisia Gentileschi, Nicolas Poussin, Francisco Goya, Édouard Manet, and Pablo Picasso.

The museum’s collection of French Art Deco is unequalled outside of Paris, while the African art collection is one of the finest in the nation. Other notable collections are those of American art, Ancient art, and art from India, Nepal and Tibet.

One of the early visionaries who contributed to the museum’s excellence was Paul Mellon. He believed enough in the idea of a great museum in Virginia to join the VMFA board of trustees in 1938, and he continued to help develop the museum in dramatic ways over the course of more than four decades.

In 1968, Mellon made an anonymous gift of funds to purchase 150 Indian and Himalayan paintings, sculptures and decorative objects from the world-famous collection of Nasli Heeramaneck. The acquisition became the foundation of the museum’s South Asian holdings, now one of the museum’s highlights. Later, in the 1980s, Mellon and his wife, Rachel, donated their collections of British, American and French Impressionist art, including original waxes and bronzes by Edgar Degas, to the museum and helped make possible VMFA’s 1985 West Wing, in which the collections are housed.

In 1969, Mellon and his sister, Ailsa Mellon Bruce, established in their father’s name the Andrew W. Mellon Foundation, which has helped to endow curatorships in Ancient art and European art at VMFA. Since 2000, Mellon’s multimillion-dollar bequest has made possible numerous gifts, exhibitions, publications and programs.In 1970, the estate of Ailsa Mellon Bruce donated 450 European decorative objects, including a dazzling group of 18th- and 19th-century European gold, porcelain and enameled boxes.

The donation beautifully complemented one of the museum’s earliest gifts – and even today one of its most popular – the extraordinary collection of jeweled objects by Peter Carl Fabergé, which was donated to the museum by Lillian Thomas Pratt in 1947.

Longtime patrons J. Harwood and Louise B. Cochrane of Richmond created an endowed fund in 1988 specifically for the purchase of American art. In recent years, the museum has used this fund to acquire important 19th- and 20th-century American works. In appreciation of their generosity, the Cochrane name graces the endowed curatorial chair in American art and the atrium of the new wing.

Over the museum’s history, one person’s passion inevitably seemed to inspire another’s. In July 2009, the museum announced the acquisition of the Ludwig and Rosy Fischer Collection, one of the world’s finest remaining refugee collections of German Expressionist art, through a special gift-purchase agreement executed between Anne Rosenberg Fischer (1902-2008) of Richmond, her children and grandchildren, and VMFA. Assembled in Frankfurt, Germany, between 1905 and 1925, the most creative years of German Expressionism, the collection includes major works by Ernst Ludwig Kirchner, Emil Nolde, Wassily Kandinsky and Lyonel Feininger, among others.

New Yorkers Jerome and Rita Gans originally visited VMFA to see the Fabergé collection. A meeting with Paul Perrot, then the museum’s director, developed into a warm relationship and ultimately resulted in their donation to the museum of one of the nation’s leading collections of 18th- and 19th-century English silver. The Gans Collection comprises Baroque, Rococo and Neoclassical objects dating from the 1600s to the 1800s. The couple also helped VMFA acquire Russian enamels and donated funds for galleries and for the museum’s expansion. After Jerome’s death in 1996, Rita Gans continued her support for the collection, and her 2006 gift of 16 objects further raised the stature of the museum’s holdings.

An extraordinary collection of African art has been assembled by the museum during the last 53 years with funds rooted in another early fortune, one made in 1890s London by Richmond native Arthur Glasgow. Since 1952, the Arthur and Margaret Glasgow Fund has underwritten thousands of acquisitions, including that of the masterpiece known as the “Mukenga Mask” (1800s-1900s), from the Kuba culture of the Democratic Republic of Congo (formerly Zaire).

Among VMFA’s most memorable benefactors are Frances Lewis and the late Sydney Lewis, Richmond residents who, inspired by their encounters with Andy Warhol in the early 1960s, became interested in Contemporary art and soon befriended many of the artists whose works they acquired. Through their national company, Best Products, they built a Contemporary collection, often exchanging household appliances and other merchandise for works of art. They also commissioned the architect James Wines to design nine retail stores that, in their originality, greatly influenced architectural discourse in the 1970s. The Lewises gave the museum their extensive collections of Art Nouveau, Art Deco, and new painting and sculpture and established an endowment fund for the purchase of Contemporary art.

In 2005, native Virginians Frances G. and James W. McGlothlin announced that they would bequeath to the museum their important collection of 19th- and 20th-century American art, with its particular strengths in the work of John Singer Sargent and George Bellows. The McGlothlins have also underwritten the museum’s new American Galleries and the eponymously named wing that houses them. James W. McGlothlin is chairman and CEO of the Virginia-based financial services and industrial supply company United Co., and both he and his wife have served on the museum’s board of directors.

Still another example of important works of art that came to VMFA through endowments provided by private donors is the Edward Hopper painting “House at Dusk” (1935), purchased in 1953 through VMFA’s John Barton Payne Fund.Two early supporters of VMFA were Mr. and Mrs. Adolph D. Williams. The youngest son of a prominent Richmond tobacco merchant, Adolph Williams devoted his energies largely to art-collecting and philanthropy, bequeathing both his and his wife’s collection and funds for its maintenance and continued acquisitions. Nearly 2,000 works of art have been acquired through the Adolph D. and Wilkins C. Williams Fund, including “Venus and Cupid” (c. 1625-30) by Italian artist Artemisia Gentileschi.