About VMFA » History of the Museum

Serving Virginia, looking out to the world: The development of the Virginia Museum of Fine Arts

In the midst of the Great Depression, on January 16, 1936, Virginia’s political and business leaders bravely demonstrated their faith in the future and their belief in the value of art by opening the Virginia Museum of Fine Arts in Richmond. The English Renaissance-style headquarters building designed by Peebles and Ferguson Architects of Norfolk barely hinted at the innovative mandate given to the fledgling institution: the Virginia Museum of Fine Arts was to serve as the state’s flagship art museum and as the headquarters for an educational network that would bring the best of world art, past and present, to every corner of the commonwealth.

The idea of a state-operated art museum in Richmond, and the beginnings of an unusual partnership between private donors and state legislators, actually surfaced long before the new museum was built. In 1919, Judge John Barton Payne, a prominent Virginian who held high offices in law and national politics, donated his entire collection of 50 paintings to the commonwealth. Gifts of art to the state from other donors soon followed, and in 1932 Judge Payne proposed a $100,000 challenge grant to build a museum for this burgeoning public art collection.

The challenge was accepted by Virginia Governor John Garland Pollard. He not only helped to raise funds from private donors, but also promoted the use of state revenues to support the new museum’s operating expenses. Virginia’s General Assembly approved legislation authorizing the museum on March 27, 1934. With additional funds from the Federal Works Projects Administration, Judge Payne’s dream became a reality.

Judge Payne’s collection was the first of many gifts offered to the Virginia Museum of Fine Arts. One of the institution’s earliest and most popular donations was the Lillian Thomas Pratt Collection of jeweled objects by Peter Carl Fabergé—donated in 1947. In that same year the museum also received the T. Catesby Jones Collection of Modern Art; and in the early 1950s the museum’s holdings of European art were significantly augmented by bequests from Adolph D. and Wilkins C. Williams and from Arthur and Margaret Glasgow. Clearly, more galleries were needed. The museum’s first addition, built in 1954 by Merrill C. Lee, Architects, of Richmond, offered a temporary solution to this happy problem.

VMFA’s acquisition program, funded entirely by private patronage, continued at a rapid pace during the 1960s. Especially significant was the 1968 purchase, with funds from Paul Mellon, of more than 150 Indian and Himalayan paintings, sculptures and decorative arts from the world-famous collection of Nasli Heeramaneck.

By the mid 1960s, additional gallery space was again desperately needed. Funded solely by the commonwealth and completed in 1970, the museum’s second addition, the South Wing, was designed by Baskervill & Son Architects of Richmond. It featured four new permanent galleries and a large gallery for loan exhibitions, as well as a new library, photography lab, art storage rooms and staff offices.

As the South Wing was being completed, two important gifts were received. The first, in 1970, was a donation from the estate of Ailsa Mellon Bruce of 450 European decorative objects, including a dazzling group of 18th- and 19th-century European gold, porcelain and enamel boxes. The second gift, funds from Sydney and Frances Lewis of Richmond in 1971, provided for the acquisition of Art Nouveau objects and furniture.

As more exhibition space and visitor services were needed, a third addition, the North Wing, designed by Hardwicke Associates, Inc., Architects, of Richmond, was completed in 1976. It added three more gallery areas—two for loan exhibitions and one for the Sydney and Frances Lewis Art Nouveau Collection—as well as a new sculpture garden with a cascading fountain.

In the following years, the Lewises and the Mellons proposed major donations from their extensive private collections, which necessitated more construction. Once again, public and private resources were pooled to provide for growth. In December 1985, the museum opened its fourth addition, the West Wing. It now houses the Mellon collections, consisting of major examples of French Impressionist, Post-Impressionist and British Sporting art (which was permanently given to the museum in 1983); the Lewis Contemporary art collections; and the outstanding Lewis collections of Art Nouveau and Art Deco furniture, glass and other decorative arts. The West Wing was designed by Hardy Holzman Pfeiffer Associates of New York.

New collections and acquisitions funds continue to be donated to the Virginia Museum of Fine Arts. In 1988, patrons Harwood and Louise Cochrane established a handsome endowment to acquire major examples of American art; and in 1997, a spectacular collection of 18th- and 19th-century English silver was given by Jerome and Rita Gans.

At his death in 1999, Paul Mellon bequeathed additional important French and British works, including five paintings by Stubbs and drawings by artists ranging from Degas to Cézanne.

VMFA has made further extraordinary acquisitions with endowments provided by many private donors. The museum has assembled a wide-ranging collection of world art characterized by great breadth and exceptional aesthetic quality. It includes significant holdings of Classical and African art; paintings by European masters such as Poussin, Goya, Delacroix and Monet, and American masters such as John Singer Sargent and Winslow Homer; one of the world’s leading collections of Indian and Himalayan art; an internationally important collection of fine English silver; unequaled holdings of Art Nouveau and Art Deco furniture, ceramics, glass and jewelry; a dynamic collection of Modern and Contemporary art; a popular collection of Fabergé imperial jeweled objects; and noted holdings of French Impressionist and Post-Impressionist art, including original waxes and bronzes by Edgar Degas.

Since its inception, the Virginia Museum of Fine Arts has actively supplemented its permanent collections with special exhibitions. Only five years after its opening in 1936, the museum boldly presented an exhibition of Modernist works by artists of the School of Paris from the collection of Walter P. Chrysler Jr.

In the 1950s, VMFA originated notable shows such as Furniture of the Old South (1952), Design of Scandinavia (1954) and Masterpieces of Chinese Art (1955). The 1960s opened with Masterpieces of American Silver and continued with Painting in England, 1700-1850, which drew heavily from the private collections of Mr. and Mrs. Paul Mellon and was at that time the most comprehensive exhibition of British painting ever presented in the United States. In 1967, the museum also mounted a major exhibition of the work of the masterful English social satirist William Hogarth.

In 1978, the museum presented a landmark exhibition on Colonial cabinetmaking in early Virginia, Furniture of Williamsburg and Eastern Virginia, 1710-1790. Another first, and one that received widespread international attention, was the 1983 exhibition Painting in the South: 1564-1980. In 1994 and 1995, the museum exhibited its entire 250-object African art collection in Spirit of the Motherland: African Art at the Virginia Museum of Fine Arts. This special exhibition was a major element of 3 1/2-year, $1.4-million project funded by a grant from the Lila Wallace-Reader’s Digest Fund Museum Collections Accessibility Initiative.

In the fall of 1996, VMFA was one of five major American museums to present Fabergé in America and The Lillian Thomas Pratt Collection of Fabergé. These two exhibitions, featuring more than 400 objects and 15 imperial Easter eggs, drew more than 130,000 visitors to Richmond.

In 1999, the museum presented Splendors of Ancient Egypt, an exhibition assembled from the renowned collection of the Pelizaeus Museum in Hildesheim, Germany. Nearly a quarter of a million people saw the show in Richmond. It was one of the largest exhibitions of Egyptian art ever to tour the United States.

In 2005, VMFA presented an exhibition of more than 30 fine Impressionist and Realist oils, watercolors and pastels and two sculptures in Capturing Beauty: American Impressionist and Realist Paintings from the McGlothlin Collection. In conjunction with the opening, the McGlothlins announced their plan to bequeath art and give financial support valued at well above $100 million to VMFA.

In Partnership to Serve the People of Virginia

In 1999, the Virginia Museum of Fine Arts opened a new addition to its campus, the Pauley Center. This complex houses the museum’s Office of Statewide Partnerships, which delivers programs and exhibitions throughout the commonwealth via a voluntary network of more than 200 nonprofit institutions (museums, galleries, art organizations, schools, community colleges, colleges and universities). Through this program, the museum offers crated exhibitions, arts-related audiovisual programs, symposia, lectures, conferences and workshops by visual and performing artists. Included in the statewide partnership offerings is a special program of exhibitions, programs and educational resources tailored to help students meet the state’s Standards of Learning.

The Largest Expansion in the Museum’s History

On May 1, 2010, VMFA completed a four-year expansion project, which added more than 165,000 square feet to the museum’s previous 485,000 square feet. The expansion and transformation of the VMFA’s 13 1/2-acre campus was designed by London-based architect Rick Mather, in partnership with SMBW, a Richmond architectural firm.

The primary feature of this $150 million project is the new James W. and Frances G. McGlothlin Wing. This new wing houses a number of galleries, including the American art collection, the Lewis collection of Art Deco and Art Nouveau and others, as well as the Margaret R. and Robert M. Freeman Library, the VMFA Shop, Best Café, Amuse Restaurant, the Art Education Center, and the conservation center.

This wing is connected to the two existing wings by the three-story Louise B. and J. Harwood Cochrane Atrium. With its huge expanses of glass, “Main Street,” as the Atrium is called, brings in plenty of light as well as stunning views of the grounds, and reciprocally, delivers a glimpse of the museum’s art and impressive interior architecture to the world outside. The main Entrance Plaza of the museum now opens directly onto the Boulevard.

Also included in the project is the E. Claiborne and Lora Robins Sculpture Garden. A setting to display outdoor works from the VMFA collection as well as changing exhibitions, the Sculpture Garden features a reflecting pool and waterfall, plus a beautifully landscaped, terraced slope, designed for viewing outdoor performances or simply relaxing. This slope partially covers a new parking deck that will accommodate 600 visitors’ cars.

A new Student Group Entrance is more convenient and welcoming for all students. This entrance leads to children’s studios, coat room, orientation space, and the Memorial Foundation for Children’s Teaching Gallery.

The expansion project was awarded one of 13 Royal Institute of British Architects (RIBA) International Awards for 2011, among only three awarded in the United States. The outstanding architecture also received a 2011 Merit Award from the Richmond Chapter of American Institute of Architects (AIA).

VMFA is a member of the American Association of Museums (AAM), the national museum accreditation organization, the International Council of Museums (ICOM), the international organization of museums and museum professionals committed to the conservation, continuation and communication to society of the world’s natural and cultural heritage, the French Regional and American Museum Exchange (FRAME), a unique coalition created in 1999 to foster bilateral exchanges between a group of American and French regional art museums, and the Virginia Association of Museums (VAM), a resource network for museums in Virginia and Washington, D.C. 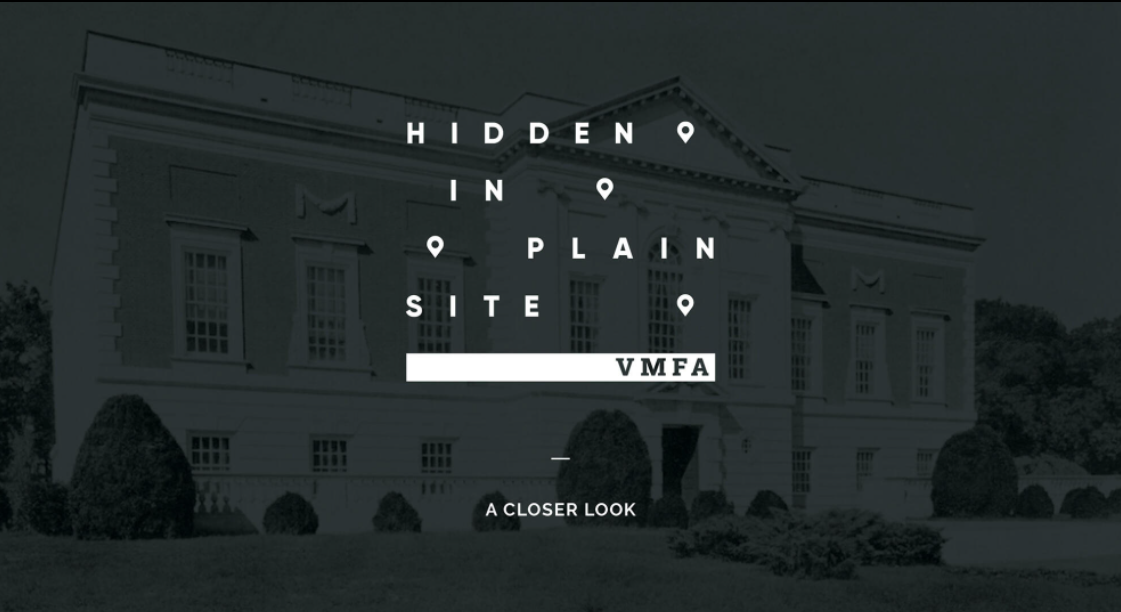