Connect » “Greatest Movie Ever Made” to Play at VMFA 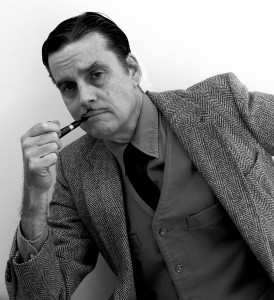 In 1963, a motion picture production ballooned into a behemoth extravaganza the likes of which filmdom had never seen. The elements were worthy of classic tragedy: overweening hubris, colossal blundering, a strong scent of scandal, an astonishing lack of shame, and somewhere in there was some astounding filmmaking.

This was the spectacle of Cleopatra made by the venerable 20th Century Fox Hollywood studio. The movie itself was a side-show to its stars’ torrid and unabashed infatuation with each other. Cost overruns soared into the stratosphere forcing accountants and producers to ponder jumping out of their windows. Luckily, Los Angeles buildings were only 2 stories tall.

The movie shoot–in Italy, Spain, England, and even Egypt–transformed into a sort of circus bizarro designed by Narcissus featuring egos and libidos nakedly on-view. It was a planet-wide distraction that knocked cold war tensions out of the headlines and portended the burgeoning sexual revolution and extreme reality shows like Jersey Shore.

Yet there is some pathos at its core. The director, Joseph L. Mankiewicz, was sure he was achieving a cinematic marvel that would be one of the greatest movies ever made. Oh, yea, he was not alone. One of his major stars, Rex Harrison (as Julius Caesar), agreed with the director and nobly offered to forgo his own salary to help out. Just as nobly, Rex’s offer was declined.

The original Cleopatra –all 4 hours and 8 minutes–will be shown Saturday, December 10, 10:30am to 5pm, with presentations on its art direction and its authenticity issues.