Connect » “Nothing Stands in Her Way”—Women Artists in Whistler to Cassatt: American Painters in France

On view at the Virginia Museum of Fine Arts through July 31, 2022, Whistler to Cassatt: American Painters in France offers visitors a riveting narrative and immersive experience. In a rare compilation, more than 100 works by many of the biggest names in American art are assembled. While the majority of them are men, including formidable artists such as James McNeill Whistler and John Singer Sargent, five women artists stand out as impressive trailblazers. Like their male counterparts, they left the United States as expatriates and became some of the greatest influencers to shape the course of American art, melding French avant-garde philosophies and styles with American individualism. And in doing so, they overcame obstacles and constraints faced only by women artists of the era.

Featuring photos taken at VMFA, this blog post culls together information gleaned from the exhibition catalogue, particularly its insightful essay written by VMFA’s Dr. Susan J. Rawles who curated the exhibition for VMFA and is the museum’s Elizabeth Locke Associate Curator of American Decorative Arts. Get your exhibition tickets here.

I predict an hour when the term “Women in Art” will be as strange sounding a topic as the title “Men in Art” would be now.”

Beaux arrived in France in 1888 to exhibit her painting The Last Days of Childhood at the Paris Salon. The painting had won the Mary Smith Prize for the best work by a woman resident in Philadelphia. After nearly two years in France, she returned to the United States and, in 1895, became the first woman instructor of painting and drawing at the Pennsylvania Academy of Fine Arts. When asked in 1910 about the opportunities facing an aspiring woman artist in America, Beaux said, “Nothing stands in her way.” 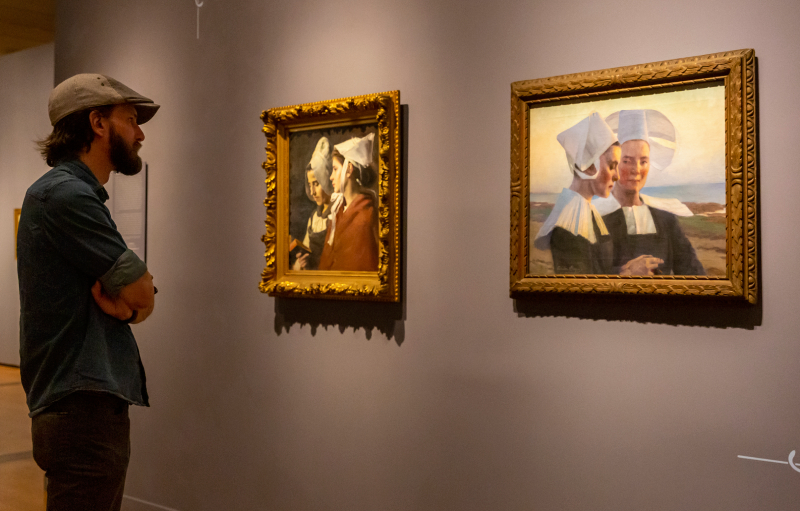 Nourse moved to Paris with her sister Louise in 1887 and traveled extensively in France and beyond. Her exceptional talents were immediately recognized and she was encouraged to pursue painting independently. Known for her realist style, Nourse sought to “reveal the truth of human hardship.” Her accomplishments include being the first woman member of the Société Nationale des Beaux-Arts and president of the American Women Artists Association of Paris. She was also the first contemporary woman artist to have had her work (the painting The Closed Shutters) purchased by the French government. Nourse remained in France where she died of breast cancer in 1938.

When Gardner arrived in Paris in 1864, she realized that studios did not welcome female artists. Nonetheless, she was so determined to receive formal training that she dressed herself as a boy to walk freely in the streets and study the nude in academic classes. Her greatest mentor was the French master William-Adolphe Bouguereau who became her husband after a 17-year engagement. So radical was the idea of a professional woman artist that Bouguereau’s mother refused the match. Her works followed the rigors of the academic style and were accepted by numerous Salons. In 1872, she became the first American woman to receive a gold medal at the annual event. 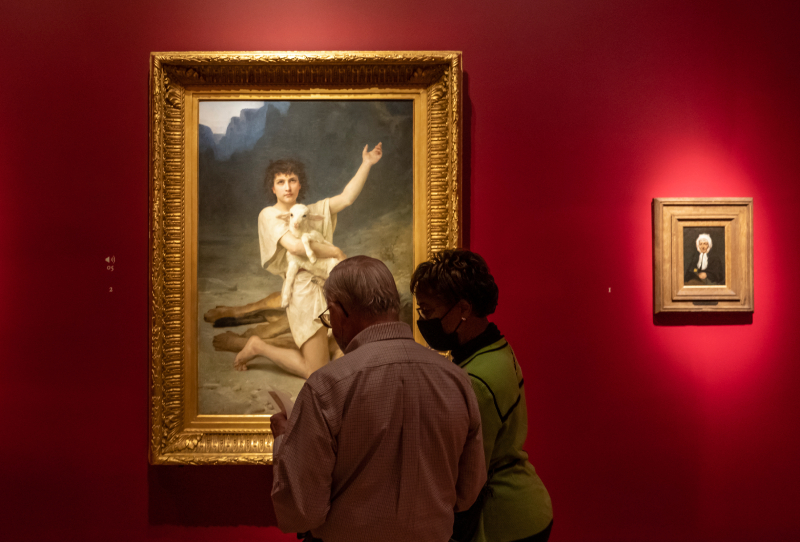 The exhibition at VMFA showcases 16 Mary Cassatt paintings. Cassatt moved to France in 1865 and, with the exception of a brief return to Pennsylvania during the Franco-Prussian War, remained there the rest of her life. The only American artist invited to exhibit with the French Impressionists, Cassatt was a self-described Independent who began her career in an academically trained style and later embraced experimentation. Her innovations came at the risk of criticism and a less-than-lucrative market. The mother-and-child paintings she is now most famous for were met with mixed reviews, sometimes dismissed as mere proof of her female instincts. In addition to being one of the greatest American artists of all time, Cassatt shaped American art-collecting, advising in the development of public and private collections. 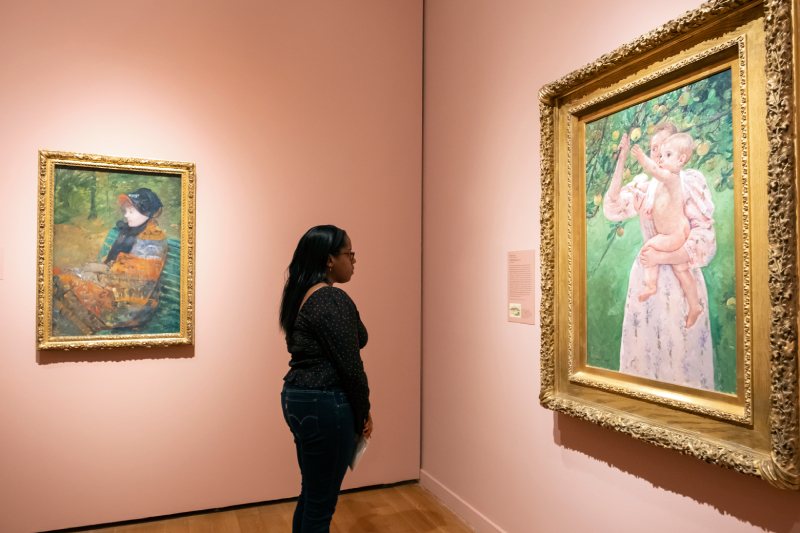 Perry arrived in Paris in 1887, after the last Impressionism exhibition. Three years later, she met Claude Monet and became his student, receiving informal training in her home in Giverny over the course of 10 summers. Both her plein-air works as well as her interior scenes are evidence of Monet’s influence. She was instrumental in introducing Monet’s work to Boston collectors unfamiliar with the avant-garde Impressionist style. A year after Monet’s death, she authored Reminiscences of Claude Monet 1889–1909. 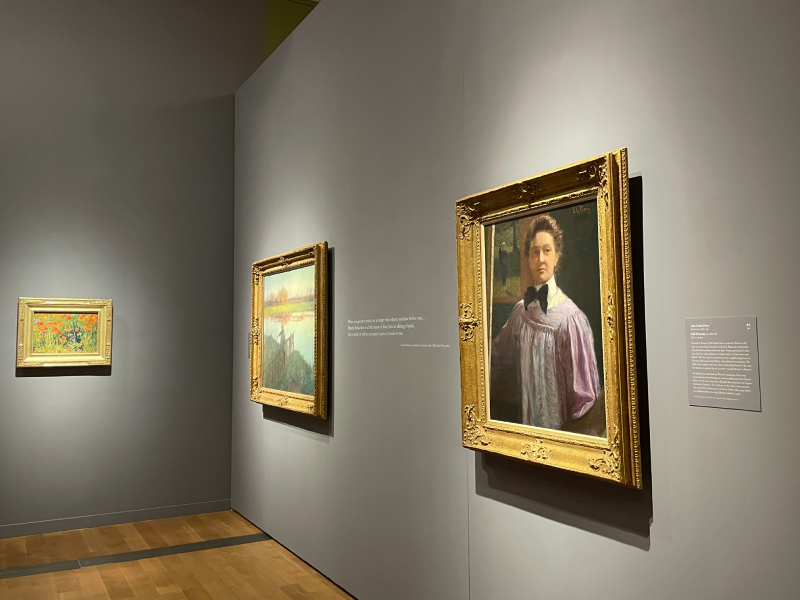