Kehinde Wiley: A New Republic presents a stunning retrospective of this artist’s prolific career through nearly 60 paintings and sculptures. Kehinde Wiley’s work raises intriguing questions about race, gender, and the politics of representation by portraying contemporary African American men and women using the conventions of traditional European portraiture. Appropriating the format of specific paintings by renowned masters ranging from Titian to Édouard Manet, Wiley often depicts his subjects wearing sneakers, hoodies, and other gear associated with today’s hip-hop culture and sets them against ornate decorative backgrounds that evoke earlier eras and cultures.

By replacing the European aristocrats with contemporary black subjects, Wiley’s portraits draw attention to the absence of African Americans from historical and cultural narratives. Kehinde Wiley: A New Republic is organized by the Brooklyn Museum and curated by Eugenie Tsai, John and Barbara Vogelstein Curator of Contemporary Art at the Brooklyn Museum. Dr. Sarah Eckhardt, Associate Curator of Modern and Contemporary Art, is the coordinating curator at VMFA. 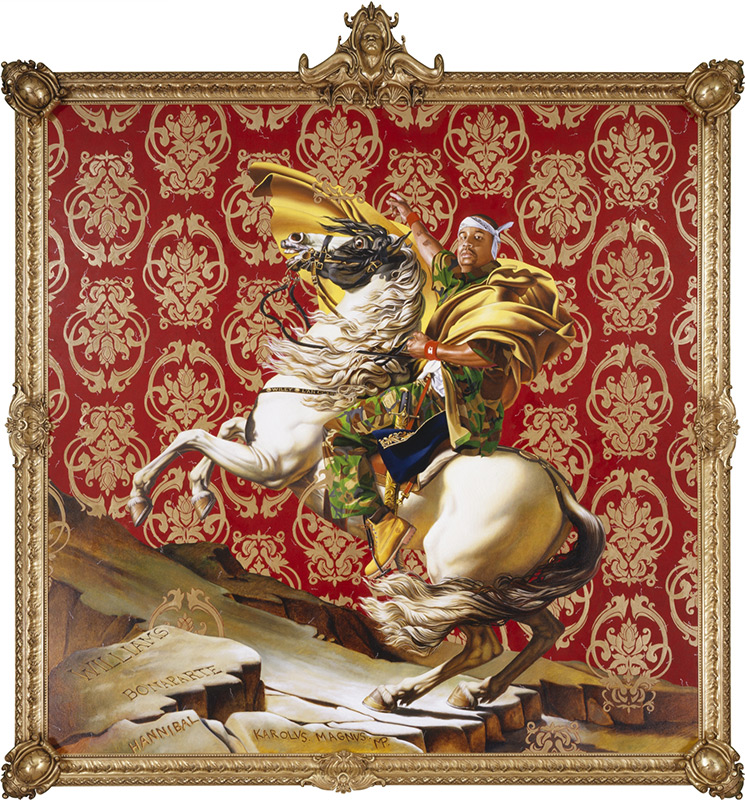 Napoleon Leading the Army over the Alps, 2005 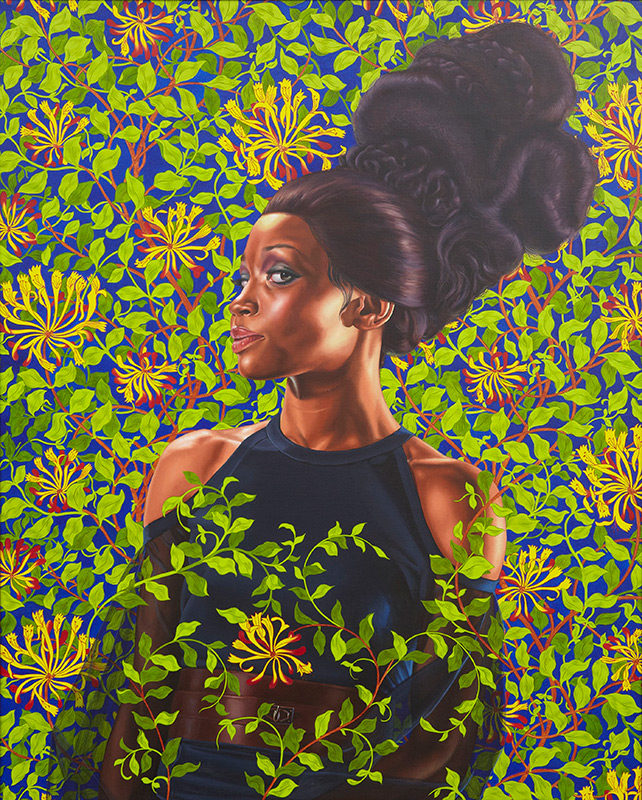 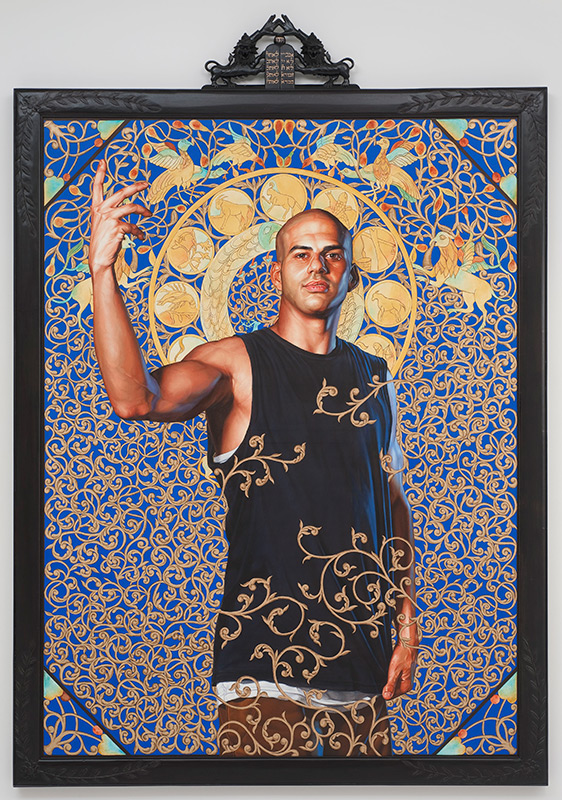 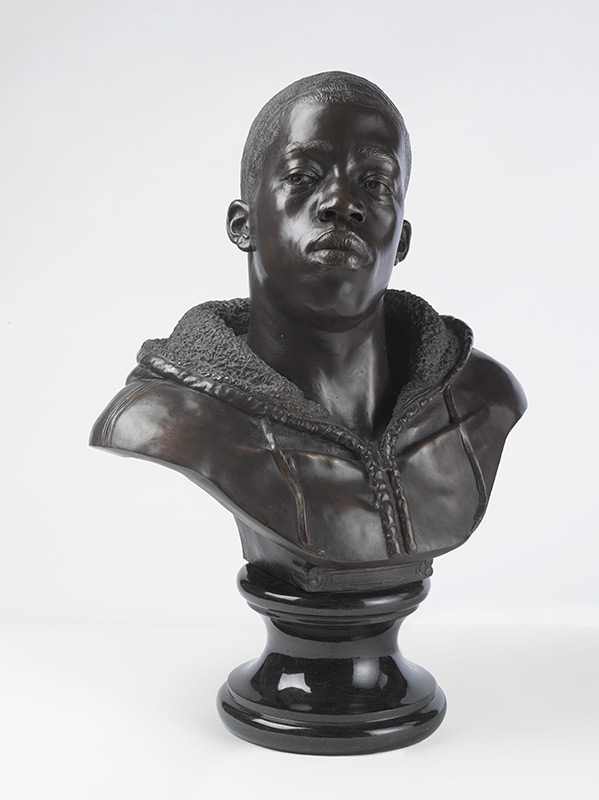 The list below represents sponsors of Kehinde Wiley: A New Republic as of March 2016. For further information about sponsoring this exhibition or making a gift to the VMFA Exhibition Fund, please contact Jayne Shaw, Director of Development, at 804.340.5529 or jayne.shaw@VMFA.museum. 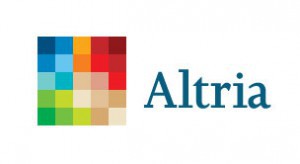 The national tour of Kehinde Wiley: A New Republic is made possible
by the Henry Luce Foundation and the National Endowment for the Arts.

Free for VMFA members, children 6 and under, and active-duty military personnel and their immediate families.

Download the gallery map and trace Wiley’s art historical influences across the globe!

More than 50 works by globally-acclaimed artist Kehinde Wiley are on display at the Virginia Museum of Fine Arts. The artist has filled museum and collectors’ walls with large-scale paintings that depict people of color in grand and regal ways. Catherine Komp has more for Virginia Currents. Listen to the interview here. 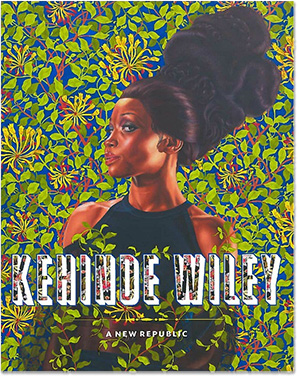 Filled with reproductions of Kehinde Wiley’s bold, colorful, and monumental work, this book encompasses the artist’s various series of paintings as well as his sculptural work—which boldly explore ideas about race, power, and tradition.

In June visitors will see Kehinde Wiley’s “A New Republic,” a collection of portraits that explores themes such as race, gender and politics. Read More… 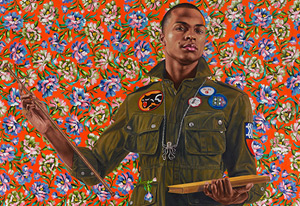 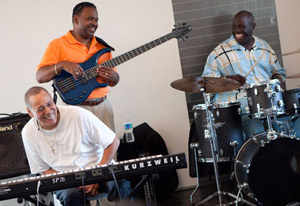 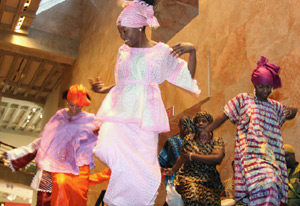 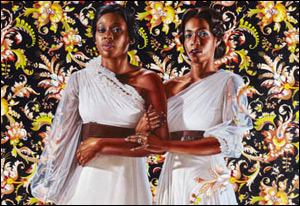 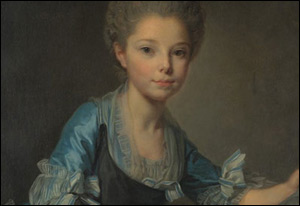 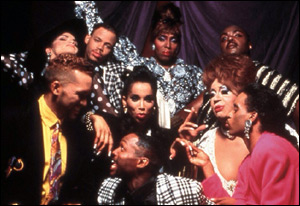 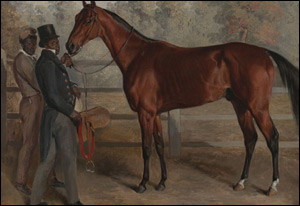 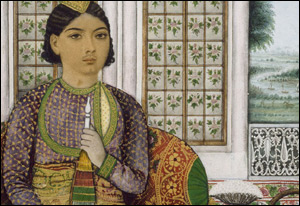 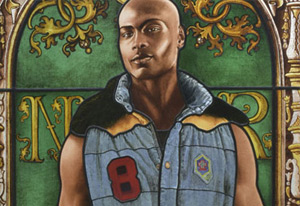 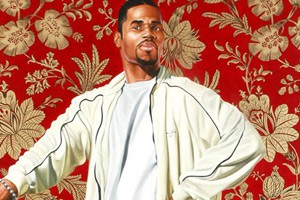 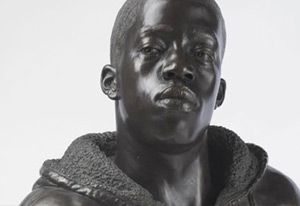 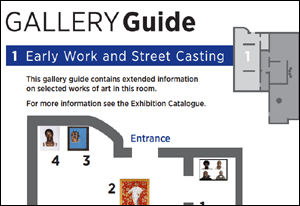 Take a deep dive into individual works in the exhibition! 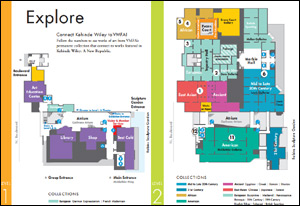 Download the gallery map below and trace Wiley’s art historical influences across the globe! 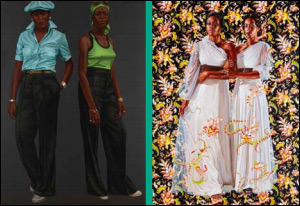