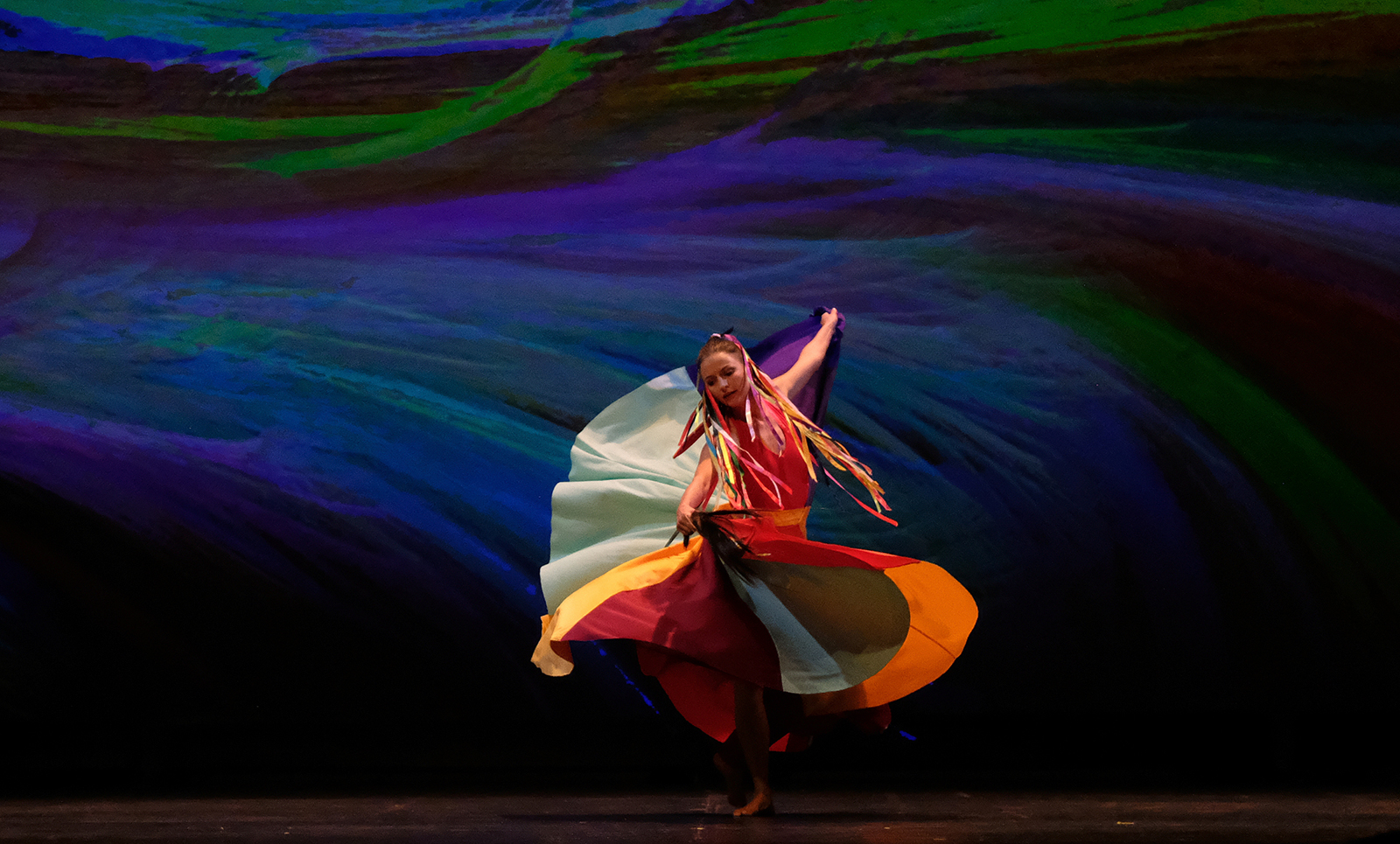 In anticipation of VMFA’s next Family Day, which takes place Saturday, September 15, we sat down with Ana Ines King, artistic director for the Latin Ballet of Virginia, to discuss its  involvement in the recurring event. This Family Day, titled Celebrate the Art of Latin America, focuses on the region of Patagonia and includes performances…

By Carol Sawyer, Margaret H. & William E. Massey Sr. Conservator of Paintings The Painting Conservation Department performs treatments, examinations and research related to the VMFA painting collection. In the course of doing this work questions regarding the authenticity of a work of art sometimes arise. Technical analysis and in-depth examination of the materials and… 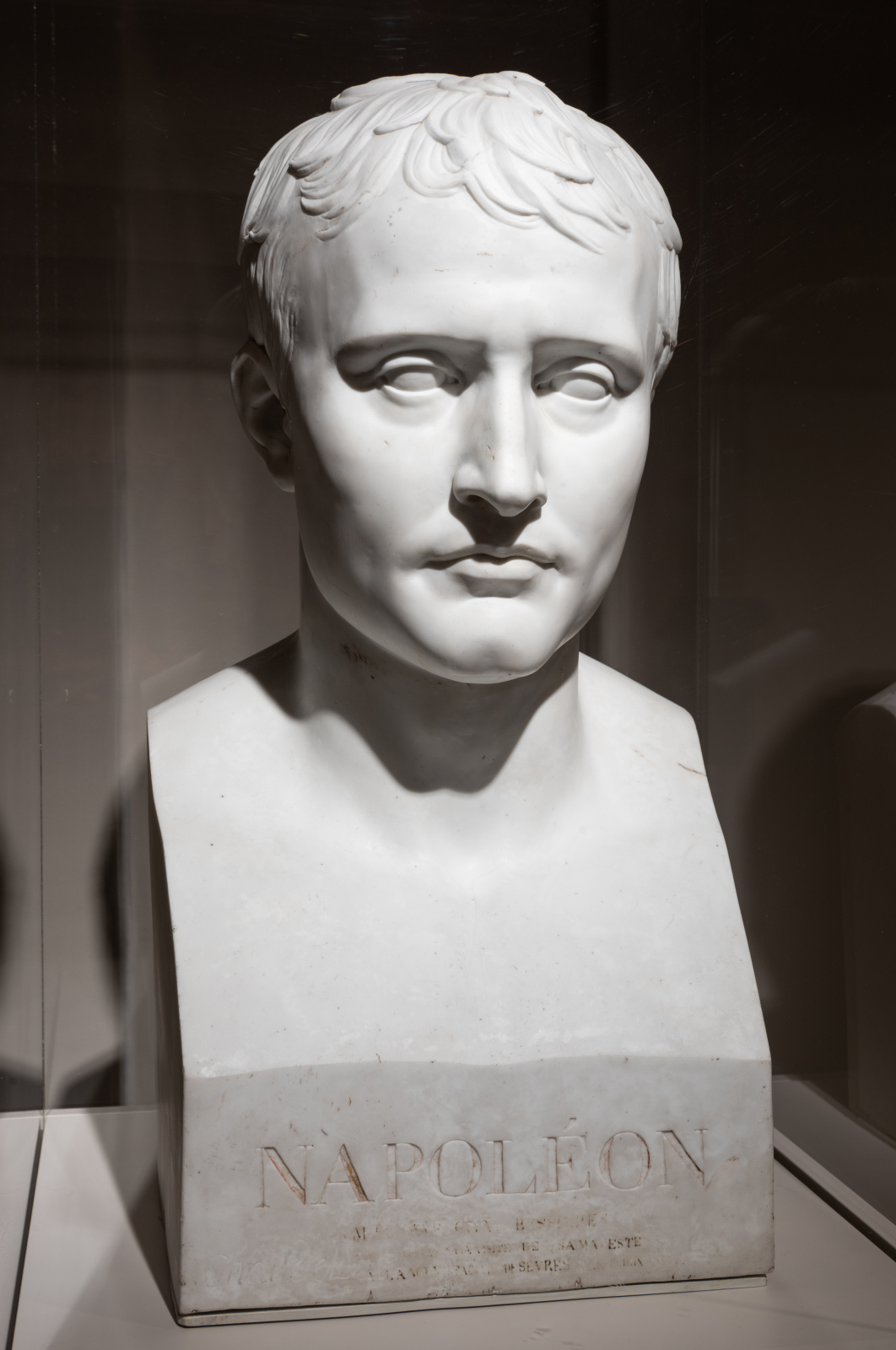 Photo: David Stover © Virginia Museum of Fine Arts. Gallery views of Napoleon: Power and Splendor, June 9, 2018 – September 3, 2018 Napoleon Bonaparte, one of modern history’s most interesting and controversial figures, was replete with contradictions, leaving behind a legacy of notable and lasting achievements as well as millions of casualties and widespread…

Howardena Pindell has consistently broken new ground during her five-decades-long artistic career. In 1967, she was the first female African American to graduate from Yale University’s MFA program then began working as the first female black curator at the Museum of Modern Art in New York. Her diverse body of art—from abstract canvases to photography… 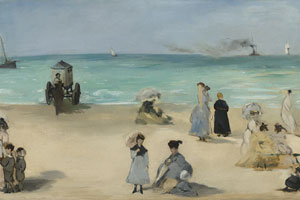 By Bruce Suffield While studying Édouard Manet’s painting, On the Beach, Boulogne-sur-Mer (Accession # 85.498), in the painting conservation studio, it was noted that the artist had used numerous and different brush strokes around one of the compositional elements.  He had most likely changed the area around the edges of the bathing machine or bathing…

Inspired by Broadway’s Hamilton: An American Musical, VMFA created an original song and video about the exhibition Napoleon: Power and Splendor, now in its final weeks. France’s Napoleon Bonaparte was no Alexander Hamilton, but the two men had much in common. Both men emigrated from small islands in search of opportunity. Both joined the military…

In today’s digital age, every owner of a social media account serves as their own minister of propaganda. With each shared photo, observation, and announcement, we control our image and shape the way others perceive us. But even back in Napoleon’s day, paintings, clothing, decorative arts, and political cartoons served as propaganda tools. Napoleon: Power… 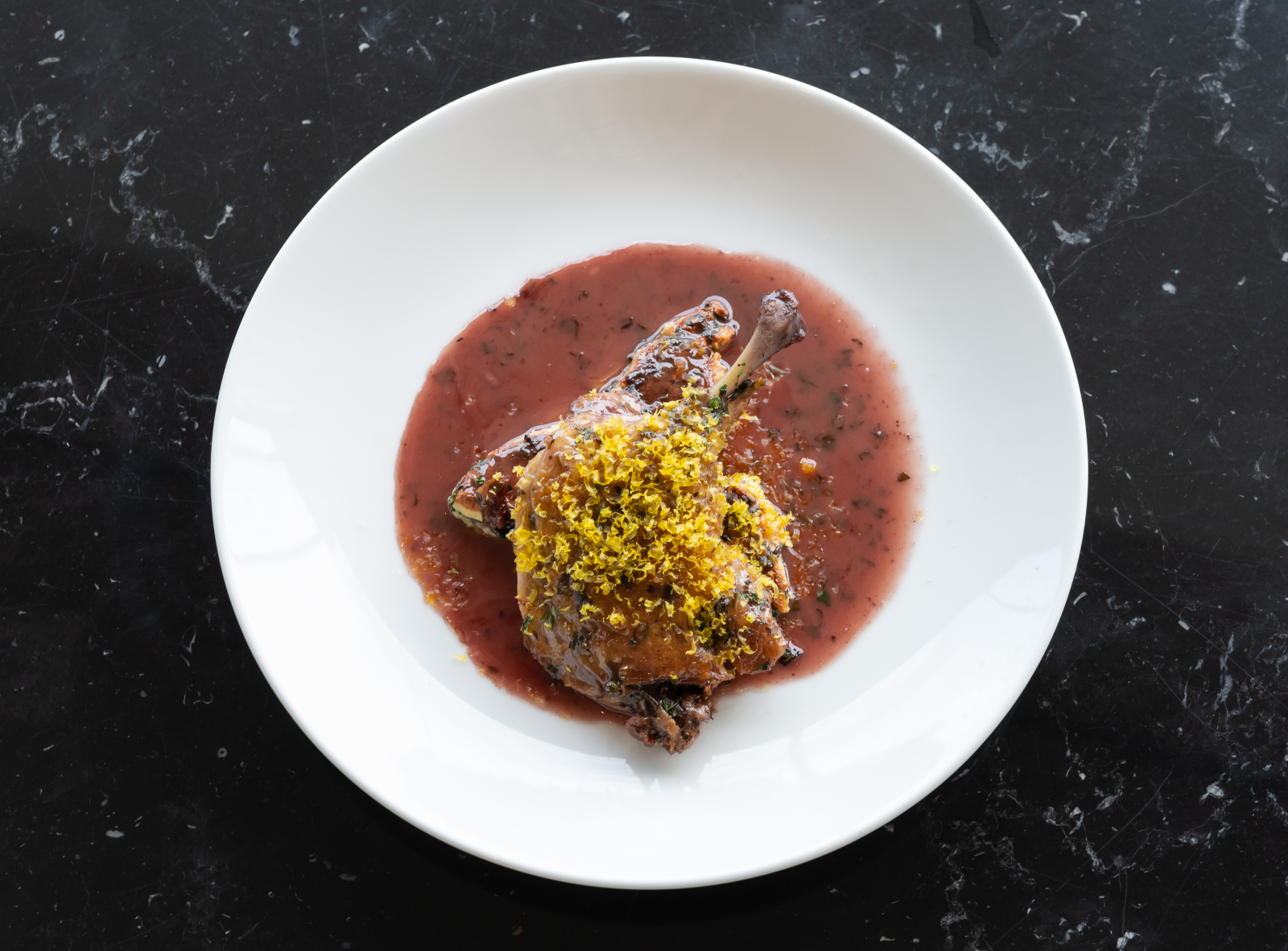 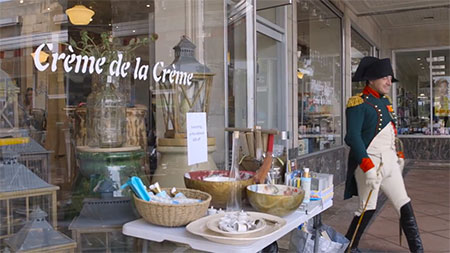 Though you may not have the opportunity to visit Paris, all it takes is a little imagination and some careful planning to craft a French-inspired staycation that will transport you from the River City to the City of Lights. Here’s your itinerary for a trés French day in RVA. Can Can Brasserie Photos © Can…

The concept of self-branding was revolutionary during the 19th century when Napoleon Bonaparte and his household worked diligently to craft his image as a war hero and later, as emperor of France. But today, one needs only to turn on the television or scroll though social media to see how self-branding has permeated our culture.…